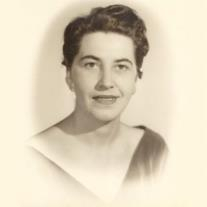 Edith Erbst was blessed with adventure and good fortune in her life that she could never have imagined while growing up as a young girl in the peaceful small town of Bergfriede, East Prussia, before WWII. As the youngest of the seven children of the town’s Burgermeister, August Raffel and his wife Ottilie, her father’s need for her work in his construction business kept her from being drafted until the final months of the war. Yet, by her induction into the Air Force at the end of the war, she escaped the devastation of the final Red Army invasion of East Prussia in February 1945 and the mass exodus to the West that followed. She was debriefed out of the service by a young U.S. Army CIC officer who spoke perfect German. She fell in love with this officer, Otto Erbst, who had grown up in Hamburg and come to the States as a young man. She followed him to the U.S. and they made home over the years in Utah, Japan, Chicago, Iowa, Wisconsin, Colorado and finally SoCal.

“Oma” Erbst died of old age, peacefully in her sleep at 91 years old, on the evening of September 24, 2015 at her elderly care home in Mission Viejo. She was surrounded in her final hours by the family she had so blessed with her love and kindness, and her delight in sharing laughter with us. On Sundays when her children were growing up, her family enjoyed her wonderful cakes and the big mid-day dinner after church, often with her specialties, like Koenigsburger klopse. So too the kaffee and kuchen on many pleasant afternoons with her friends and family, usually surrounded by the flowers of all types that she so loved and often accented with both a little light music and the fine lace doilies with which she grew up. Edith loves children and besides spoiling at least two generations of kids in the family, worked in the kindergarten at her church of many years, Pilgrim Lutheran in Santa Monica.

As the last of her siblings to pass away she was predeceased by her brothers Wilhelm, Ernst, Heinz and Walter Raffel, as well as her sisters Lydia Raffel and Gretel Rauterberg. Surviving her are her two children, three grandchildren, two great-grandchildren, and five nieces and nephews. The love of her family and friends is with her and she will be greatly missed by all. The echo of her cheerful “yoohoo” greeting will always remain with us. The interment will take place at Riverside National Cemetery at 12:30 on Monday, October 5, 2015.