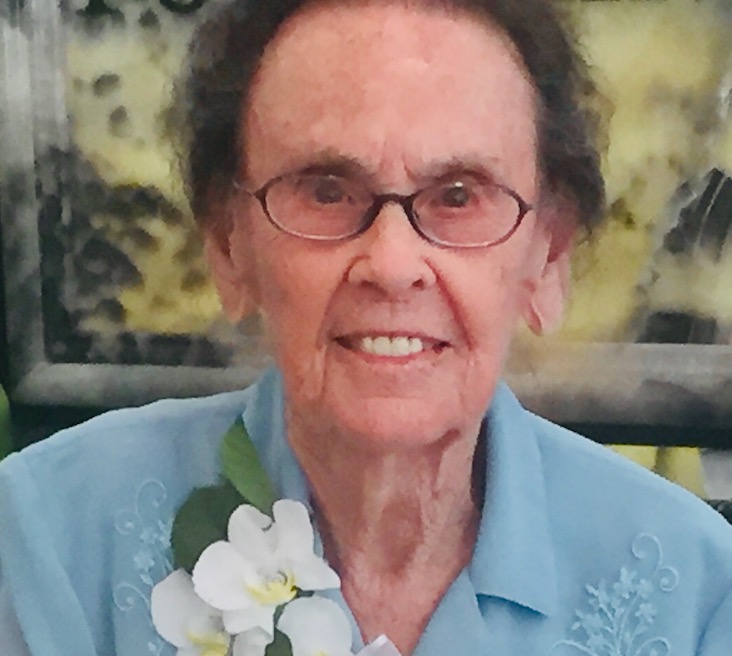 Edith was born August 28, 1916 in Austin, Texas to William Herbert and Lillie Frances (Walden) Cunningham.  Edith lost her mother in 1924 when she was only eight years of age.  In 1930 the family moved to Littlefield, Texas to farm.

Edith graduated from Littlefield, Texas High School in 1934.  After graduation, Edith worked on the family farm until she and her sister Lois went to San Diego, California in 1942.  She became a civilian employee at North Island Naval Air Station.  In 1948 she moved to Orange County, California to work at El Toro Marine Base, where she continued as a civilian employee until retirement in 1980.

The family is grateful to the staff of Touchmark Assisted Living for their kindness and care of Edith during her short time in their facility.  They are also especially grateful to Travis and Sally Harritt, Ken Hemstreet, Ruth Jacobs, and George and Gretchen Terlaak for their care for Edith for the past several years. Edith considered her many friends her family.

A memorial service for Edith will be held in Orange, California Address 1337 W. Braden Court at 11am on Saturday, February 19, 2022.