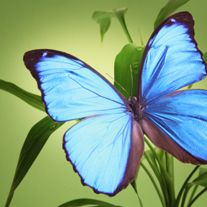 Edith was a small business owner who owned a textile importing company for ten years.

In lieu of flowers, a donation can be made in Edith’s name to Paralyzed Veterans of America.