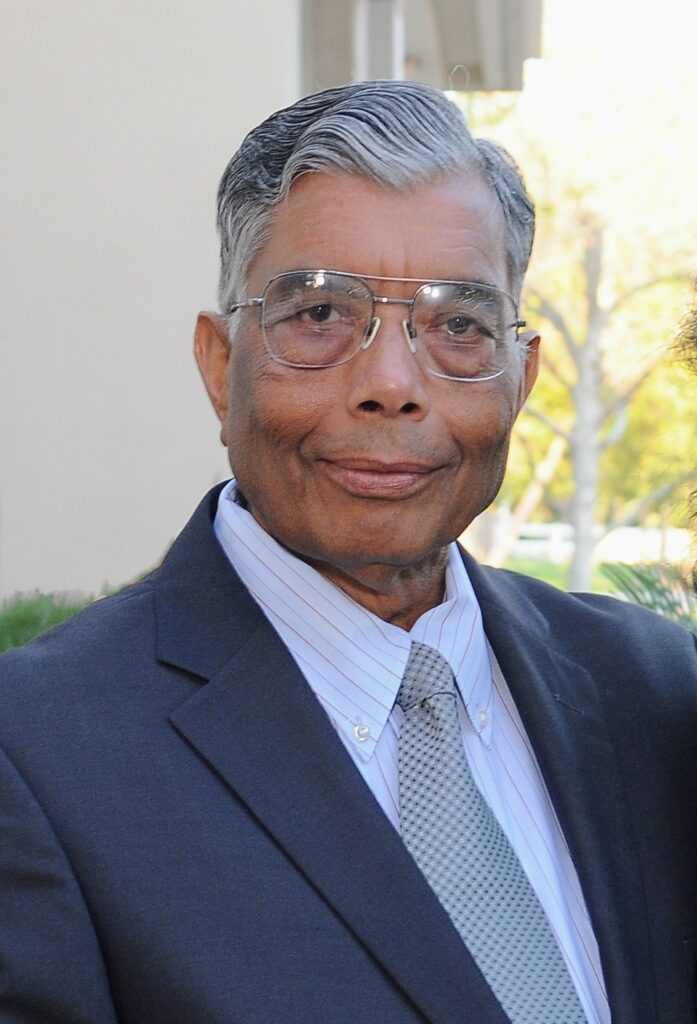 Dr. Mahesh Gupta’s life has been one of journey. Born in the small village of Gohad in pre-partition India, he was a twin and one of nine children. At the age of 15, with his father’s permission, he left behind his parents and siblings to study in Gwalior, where he’d finish high school and medical school in 1967. He also got married that same year to Usha.  He started a medical practice and a family having Manish and Shirish. He had the itch to go abroad and immigrated to New York in 1976, where he found a place among a group of Gwalior medical expats.

In 1981, he continued his journey west to Corona, California. He had a successful hematology/oncology practice that lasted until his retirement in 2011. He traveled all over the Inland Empire to care for his patients logging 30k miles a year. During this time, he welcomed his daughters-in-laws Anjula and Pinkee into the family and became a grandfather to 5 children, Aanika, Arun, Darshan, Maiya, and Eesha.  He was a leader in the community, serving as Chief of Staff at his local hospital, President of several medical associations, President of the Laxmi Narayan Mandir and the Overseas Friends of BJP. Dear to him were his GR Medical College classmates, AAPI friends, and doctor golf buddies. For him, always was a good time to visit the mandir.

Although he never moved out of Corona, he never passed up the opportunity to see the world or go on a yatra, especially if the RCMA was organizing a foreign tour or he could convince another couple to come along. Although he picked up golfing as a hobby, it was the companionship of being with friends and sharing a beer afterwards that kept him coming back. He was a voracious reader, seeking out books on nature and spirituality at the public library.

Donations Link to the Laxmi Narayan Temple in Riverside: https://www.riversidetemple.org/

To view the livestream service which will begin on May 19th 2022 at 10:00am please visit the website below. 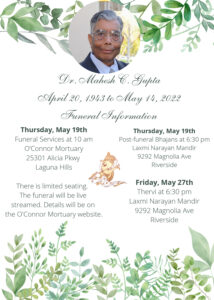