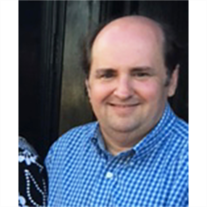 Douglas Scott Miller, beloved son, brother and uncle, was born in Glendale, California on July 10, 1967. When he was three, he moved to Mission Viejo. Doug attended school at DePortola Elementary School, La Paz Intermediate, and Mission Viejo High School. He ran cross country and track in high school. He then attended Saddleback College where he earned several AA degrees. Moving on to Cal State Fullerton, he earned his B.A. in Business Administration.

Doug was an avid fan of the Chicago Cubs and the Oakland Raiders. In 1996, he traveled to Chicago to enjoy the excitement of Wrigley Field and never missed a chance to attend an Angels game. He also loved the movies, especially “Star Wars,” and would sometimes see more than one movie in a day. Working for a year at Disneyland allowed him to treat friends and family to a day at the park on one of his passes.

Over the years, Doug reached out to friends and gained many new ones in each job situation. He kept in touch with people he had worked with over the years and often went back to visit them. Even though he had a quiet demeanor, he was known for his dry wit and great sense of humor. He was also a very appreciative person as evidenced by the fact that after a job interview, he would write a thank you note to the interviewer. Persistent in seeking jobs, he sometimes worked two jobs. He especially enjoyed working at Blizzard Entertainment, but after they downsized, he moved on. His last employment was with the County of Orange as an Information Processing Technician for Social Services and the Probation Department.

Doug was a loyal to his family and beloved by his brothers and his nieces and nephew whom he loved to tease. He enjoyed family gatherings, but never wanted his picture taken. Following his mother’s medical procedure, he called her every night and came over on Monday’s to take out her trash cans. She would feed him some of his favorites – meatloaf and tostadas, but he always said, “Make what is easy for you.”

Words can never express how much he will be missed by his family, friends and co-workers. He will forever live in our hearts, but more importantly, in the arms of our Lord and Savior.