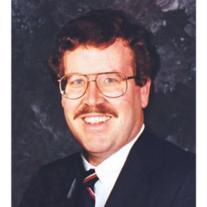 Douglas Alan Read, born January 23, 1952, passed away unexpectedly on November 10, 2011. He follows his father, Leiper Patterson Read, and leaves behind his wife of 28 years, Tomoko; his daughter Erika; his mother Katherine Read; and brother Donald.

A graduate of Whitney Point High School in upstate New York, holder of a bachelor’s degree from Eisenhower College in Seneca Falls, NY, and an MBA from Sophia University in Tokyo, Japan. Doug began his career with Avco Leasing, living for 7 years in Japan before returning to the US in 1983 to reside in Orange County, CA and working at Sky Financial Solutions which was later acquired by Bank of America.

His passion for baseball and love for his home team of the New York Yankees followed him wherever he went, and never diminished. He has left us too soon.

A memorial service will be held at Orange Coast Free Methodist Church on Monday, November 21, at 1:00 p.m.