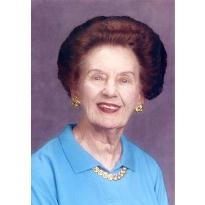 Born at St. Charles, Missouri, on Sept. 8, 1918, to Louis Elfgen and Dorothy Baumann Elfgen, She lived her childhood and most of her adult life in St. Louis, Missouri. She graduated from Rosati-Kain High School for Girls in 1937.

In 1946, Dorothy married the late Julius Frederick Miller, an Army veteran who fought in the Pacific in World War II. Together they had one son.

Following the death of her husband in 1967, Dorothy continued to live at the family home in St. Louis until 1977, when she moved to Hawaii, Virginia, and California to be near her son and his family. She moved to Dana Point in 1985 and was a member of St. Edward the Confessor Catholic Church until her death. Since 2005, she last resided at Brighton Gardens in San Juan Capistrano.