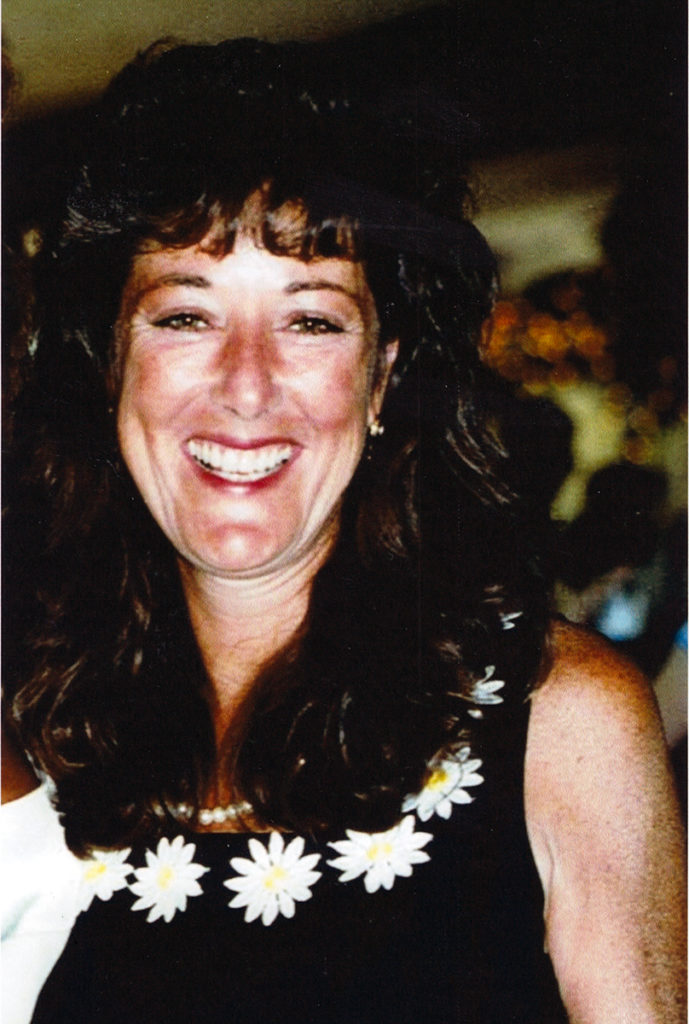 Dorothy (Dottie) Ellen Carey was born on March 28, 1957 in Lynwood, California. She was the fifth child born to John Peter and Dorothy Pearce Carey. She lived in Compton until 1969 and attended Our Lady of Victory Catholic School. The family then moved to Paramount for one year where Dottie attended Our Lady of Rosary Catholic School until graduating from eighth grade in 1971. At Rosary, Dottie excelled in volleyball, basketball, and softball, and was the lead in the eighth-grade school play, The Mikado.

Dottie was able to travel the world because her dad was employed with Trans World Airlines. She loved exploring new cities and seeing the sights in all parts of the globe. She traveled extensively throughout Europe, and also through Australia, New Zealand, and Hong Kong. She had many stories about her travels. She also loved to take trips back to New Castle, Pennsylvania where her parents were from, and so many close relatives still reside.

Dottie was the mother to Jessica (Schoen) Marsalek and Daniel Letcher. Her children were the loves of her life. She is the mother-in-law to Lucas Marsalek and the grandmother to Jacob (JP), Eliana (Ellie), and Everett. Her grandchildren brought her great joy and sunshine.

Dottie loved to shop and often bought gifts for others. We called her the “Queen of Wrap” because she enjoyed giving many small wrapped gifts to each recipient and watch them being opened one at a time. She especially loved to buy gifts for her grandchildren.

Dottie was also lovingly called the “Energizer Bunny” by the family because of her ability to keep on going, despite her many health issues. She was a fighter. Dottie had a good sense of humor, quick wit, and could always make you laugh. She was also a fierce competitor and enjoyed playing card games, even if they had “No Name.” Dottie was very fond of roses and liked to create flower arrangements to give to others. It was also well known that her favorite foods were well done steak and pot roast with mashed potatoes, and for dessert, banana crÃ¨me pie, blueberry muffins, and 3 Musketeers candy bars.

Dottie leaves behind her daughter, Jessica, son-in-law, Lucas, her grandchildren JP, Ellie, and Everett; her son, Daniel, and his significant other, Javier “Javi” Rodriguez.

Memorial contributions may be made to the non-profit, “To Write Love on Her Arms.”
https://twloha.com/