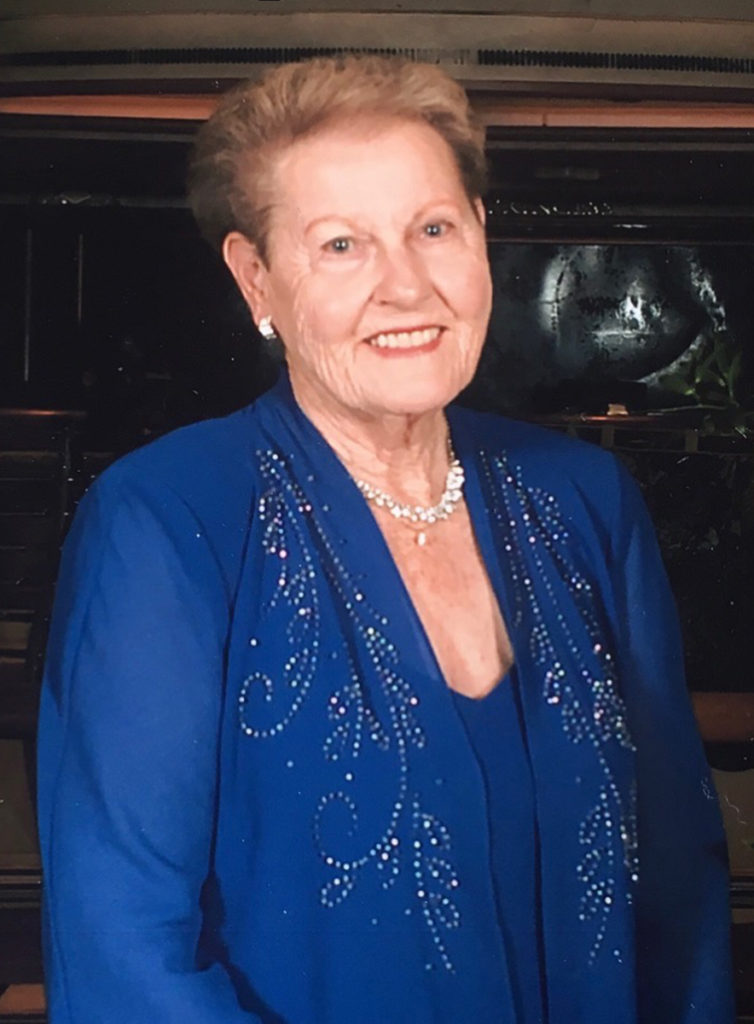 We remember Dorcas with her most common statement: “God is so good and I’m so blessed”

Dorcas was born on 12/23/35 in the small village of Skogsby on the Swedish island of Ã–land in the Baltic Sea. She was the youngest of 7 children.

Dorcas moved with her family to Kalmar and Ruda in Sweden. She attended High School in Kalmar.

Dorcas parents were committed Christians and taught her the faith from her early years. Over the years she loved The Lord and believed in the Bible. Wherever she lived she sought out a church to attend and serve The Lord in community with fellow believers.

As a teenager she began her professional career as a secretary at the Kalmar Hospital where she worked until she joined her sister and 2 brothers emigrating to the USA. They travelled by the Gripsholm intercontinental ship from Gothenburg to New York in 1957.

Dorcas along with her sister Mildred and brother Chester and his family drove across the country to  the Los Angeles, CA, area where she lived for the rest of her life.

Being a brand-new immigrant in the US, Dorcas and her sister Mildred shared an apartment and both found employment at an insurance company in Los Angeles.

Every day was a new adventure for Dorcas and Mildred and they really enjoyed their new lives in their new home country as proud and grateful Americans.

Immediately upon arrival in LA they found the Immanuel Christian Assembly, which was a  church where many Swedes attended. They made Immanuel their spiritual home.

Within a year she met George Landstrom, a Swedish gentleman, at the church and they became good friends and got engaged, which lead to marriage. Dorcas and George were created for each other and their marriage was a blessed one.

Dorcas left the insurance company and began administration work at a medical clinic, where she blessed both the patients and the doctors.

Early in their marriage they purchased a very run-down house, which needed significant restoration. Dorcas and George invested a lot of creativity, hard work and $$, which resulted in a very attractive property. They lived in the house and later sold it and used the funds to do the same thing again. As time went by, they continued renovating homes, which lead to building new homes and so on. Dorcas and George were the perfect business couple.

They became experts at moving from one home to the other while they were building new homes.

For several years they lived in San Clemente and the Laguna area, where they attended and served at the South Coast Christian Assembly, where they made many friends.

In 2005 they decided to retire and moved to Indio, CA, where they purchased a new home.

Throughout their lives they were committed to their local churches where they served in various positions.

When they moved to Indio they joined The SouthWest Church where they became regulars in the Senior programs.

Early in their marriage Dorcas and George made their first cruise and loved it so much that they were hooked for life. They have visited more than 100 countries and been around the world several times. These times were Dorcas’ absolute most memorial times. She especially loved the open ocean parts where she enjoyed the wide-open seas and the skies.

In 2011 Dorcas beloved George went to be with The Lord and Dorcas missed him immensely but through God’s grace she succeeded on her own very well.

Dorcas and George always opened their homes for family and friends from all over the world.

The nieces and nephews loved visiting with her and staying in touch with her.

Dorcas made memorable impressions on everyone she met and we’re grateful for having met and spent time with Dorcas!