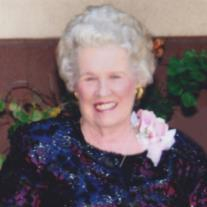 Donna Lee Cobb, age 75, died peacefully on May 4th, 2015 at her home in Las Vegas, after a brief struggle with cancer. Donna was born August 26th, 1939 in Los Angeles, California to Beryl and Charles Roberts, who precede her in death. She was the youngest of seven children.

She graduated from Whittier High School in 1957. After graduation Donna worked for Crown Coach as an Administrative Assistant.

In 1962, Donna married the love of her life John Cobb Sr.; three children were born into this union Mary, Frances and John who attended Our Lady of Lourdes School, where Donna was an active member of the Parent’s Club. Donna and John also renewed their vows, in 1987 later with their family and friends. Donna was a beaming bride once again. John and Donna were side by side, hand in hand for 53 years at her passing. Also to this union were 13 grandchildren and 2 great-grandchildren.

In addition to raising their three children Donna sold Avon and in later years worked as a Personal Assistant for Jerry Jellife. Once they moved to Las Vegas Donna worked for the Fraud Division at Wells Fargo, until her health made her retire.

Her laughter and smiling blue eyes lit up a room. Donna was a very wealthy woman in her friendships and carried those friendships with her to the end. Her Poker Group was her adult family that she cherished with her heart.

She had the most generous, loving heart and touched many lives with her presence. Donna was a devoted member of Our Lady of Lourdes Church in Tujunga, where she felt honored to serve her Lord. Donna was the First Chairperson of the legendary Family Fun Days which celebrated their 38th year last weekend. She was Altar Society (Past President) and of course a member of the Ding a Ling Club to raise funds for the church bells. Amongst all of her accomplishments in the church, Donna was definitely the Queen Mother of Rummage Sales. Donna’s ability to pull women together for others was amazing-many closets were cleaned out thanks to her efforts and leadership.

Closer to home, she could be found watching the View, Dr. Oz and of course Dancing With the Stars. She adored her large family-spending time with her children and their children. “Nana” as the grandchildren called her gave her the opportunity to multi-task. She could take the kids to the largest play area in Las Vegas – Kids Quests and be the coolest Nana in the world while playing the one arm bandit of the slots for a couple of hours. It was a WIN for all. She loved it when she and John could steal a weekend away in Mesquite just for themselves.

Donna’s family, and her role as wife, mother and grandmother, were the most important things to her. This is where she drew her strength and left her legacy. Being with her family was what Donna enjoyed most of all. Her life had many obstacles, and she struggled for the last 8 years with devastating illnesses. Yet though it all, her love and caring for her family remained her focus, and in so many, many ways, she was able to show love to them. Her perseverance through adversity is a powerful lesson she left us. Donna kept her priorities straight and what was most important in focus. She never let adversities or setbacks or any of the distractions of the world keep her from this most important aspect of her life.