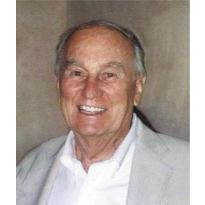 Donley L. Brady, 86, passed away March 12, 2009 in Capistrano Beach, CA. He is survived by his children Phil, Trisha, Chris and grandchildren, Ryan, Conor, Sean, Chris, Rose and Colin. After serving in the Navy during WWII, Don graduated from the University of Notre Dame in 1949, JD. He was a Chevrolet and Mazda dealer in El Monte for 25 years and then practiced international law in Los Angeles. Don was an appointee of 3 Presidents, Nixon, Ford and Reagan – serving on the Board of the Overseas Private Investment Corporation and with the DOD. He was a Knight of both the Order of Malta and of the Holy Sepulcher. Don was also very active in many philanthropic organizations, including long-time service on the board of Santa Teresita Hospital in Monrovia, and Don was a Eagle Scout in the Boy Scouts of America. His life will be celebrated at a funeral mass on Wednesday March 18th, 10AM at St. Edwards Church in Dana Point. Private burial services will be held on Thursday. The family suggests that donations be made to the Carmelite Sisters at Santa Teresita Hospital.