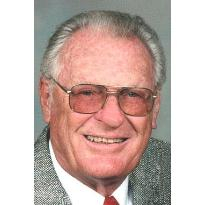 Donald McClane Hopp, former Show Manager of the Southern California Home and Garden Show, and Advertising Director of the Fullerton Daily News Tribune, died on September 5, 2007, at the age of 82.

Don Hopp was born January 26, 1925, in Elgin, Illinois, the son of Simmons Claude Hopp and Mildred Katheryn McClane. He graduated from Elgin High School in Illinois. He enlisted in the U.S. Navy during World War II, participating in the Leyte Gulf and Okinawa invasion campaigns, and again served in the Navy during the Korean War. Don married ?the love of his life,? Ruth Marie Schroeder, on August 9, 1947, and they were happily married for 53 years until Ruth passed away November 22, 2000. Don and Ruth together had five sons: Donald Jr., 54, Kevin, 51, Brian, 49, Darrell, 47, and Danian, 46. Don was so proud to have ?five boys? and he is survived by them, their wives, and eight grandchildren.

Don and Ruth Hopp moved from Illinois to Fullerton in 1960 and became members of Orangethorpe United Methodist Church. Don was also a member of the Elks Lodge, the Masonic Lodge and the American Legion. Don and Ruth were for many years dedicated supporters of their sons’ participation in youth water polo and swimming. In 1992, Don and Ruth Hopp retired to Seven Hills Golf Resort in Hemet, CA, and were active in golf clubs, and as members of the Hemet United Methodist Church.