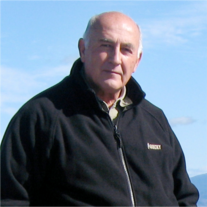 Don was born May 22, 1940 in Southbridge, MA to Rene and Mariette (Lefevre) Dufault of Quebec, Canada. Growing up in a house where his family only spoke French, he learned English in grammar school, where his peers nicknamed him, “The French Boy.” Don graduated from Notre Dame High School in 1958 where he served as class President. He promptly enlisted in the Army and was sent to the Navy School of Music in Washington, D.C. where he played first chair saxophone, before proudly serving in the 82nd Airborne Division in Fort Bragg, N.C. as a paratrooper.

In 1961, Don met his wife Gail at American International College in Springfield, MA, where he majored in English and Gail, Education. They married in 1965 and taught for thirty-five years at Salmon River Central, a school with a large Mohawk Native American population in Upstate New York. Don was greatly respected by his English students and the athletes he coached in basketball and football. He was voted the favorite high school teacher by the student body year after year.

Don had immeasurable love for his family and was so proud of their successes. He loved the mountains of the Adirondacks and was an avid hiker. He also loved to fish in the mountain lakes. Don was a prolific reader and a talented writer. Because of his love of sports, he became a sports card collector. As a family the Dufault’s visited many Civil War battlefields and National Monuments because, “Dad loved history!”

Don and Gail moved to Rancho Mission Viejo, CA in 2014. The retirement community of Gavilan was a perfect fit for Don. Friendships were easily made through golf, bocce, neighborhood events, and common interests. He loved spending time with his children and grandchildren. Don was a loving husband, father, grandfather, brother, uncle, and friend to all.

Memorial donations may be made to The Painted Turtle, www.thepaintedturtle.org. The Painted Turtle is a year-round medical specialty camp for children who have serious medical conditions. His daughter Dia is an Ambassador to the non-profit children’s foundation.