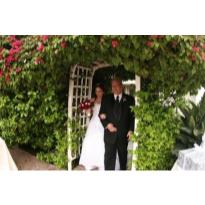 Don Kimbro, age 66, of Anaheim Hills, passed away on Sunday, May 18th, after a short battle with cancer. He was the loving husband, father, and best friend to his wife of 33 years, Linda, and their children Eric, Lindsay, Ashley, and Jonathan. He also has a beautiful 3 1/2 year old grandson, Jacob. In addition, Don is survived by his brother, Tom Kwiatkowski, and sister, Judy Shears, both of Indiana.

Don has gone to be with his infant grandson, Jameson, who preceded him in death in January.

Don was born in Gary, Indiana. He became a proud member of the Fullerton Police Department at the age of 21, and honorably served the members of his community for 33 years. Upon his retirement from Fullerton, he continued his law enforcement profession for the next 10 years as a criminal investigator for the Orange County District Attorney’s office, where he continued to work until his death. He always said that he would never retire because he looked forward each day to getting up and going to work. He loved his profession and made a difference in the lives of innumerable people.

Don was loved by all,his family and friends, his colleagues, the neighbors,the people at the dry cleaners,the guys at the car wash,the pet groomer,the staff at the orthodontist’s office,the checkers at the grocery store,and on and on. He was known by many and loved by all.

He was a most honorable man and his family continues to be enormously proud of him and his many accomplishments. He will be remembered, but missed, every single day.

A memorial service will be held on Saturday, May 31, 2008, at the Church of Today, 117 N. Pomona Avenue, Fullerton, with a reception immediately following at the Fullerton Police Department.

In lieu of flowers, the family requests that donations be made to a memorial fund established for his son Jonathan’s college education. Please send donations in Jonathan’s name to the North Orange County Credit Union, 230 W. Wilshire Avenue, Fullerton, CA 92832.