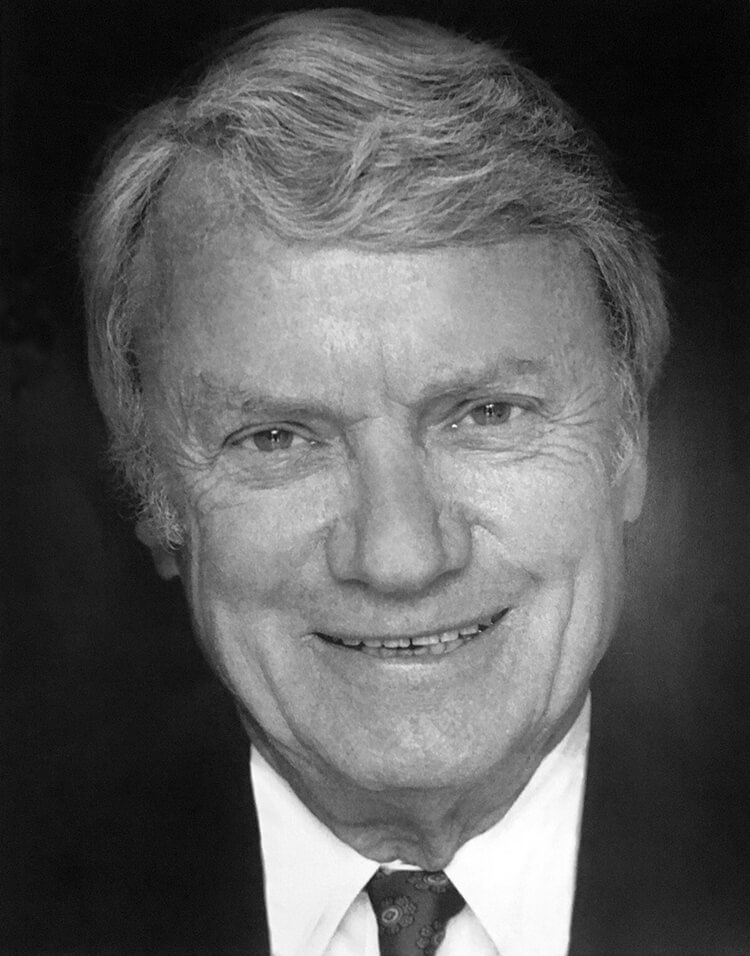 Donald Joseph Winter, 93, of Newport Beach, California, passed away on February 11, 2018. Don is survived by his wife Catharine, married for over 56 years; son, Ralph Winter and his wife Kristin and their children Jack, Luke and Quinn; son, Conrad Winter and his wife Discretion and their daughter Honor; daughter, Laura Sherlock and her husband Thomas and their children Michael, Daniel and Catharine; and sister, Rosemary Schueller.

Don was born in Minneapolis on March 25, 1924 to Conrad Joseph and Minnie Winter. Don and his four siblings were raised in Le Sueur, Minnesota where their father was the manager of the Green Giant canning facility. Don spent his summers working at the plant as well as at the local golf course.  He was a high school athlete, lettering in basketball and baseball at Le Sueur High School where he graduated in 1943. Don attended Notre Dame University for two years. After his sophomore year, Don drove his sister Eleanor from Minnesota to California for her wedding, immediately fell in love with the state and never left, transferring to the University of California at Los Angeles where he was an engineering student. During the summers of his college years, he worked at the Ahwahnee Hotel in Yosemite.

Don met Catharine while they were both living in an apartment complex in Brentwood, California.  Don was working for McDonnell Douglas and Catharine was working for IBM. Don worked during the day, and Catharine was a computer programmer working at night. They were like two ships passing in the night, occasionally seeing each other around the pool on the weekends. Once their schedules aligned, their courtship began. Don and Catharine were married on May 20, 1961. They moved to Newport Beach in 1962 where they raised three children. Don worked with McDonnell Douglas Aircraft in Long Beach, California for more than thirty-five years selling jets throughout South America and Africa.

Don was active with Our Lady Queen of Angels Church in Newport Beach where he served as lector, was on the parish council and managed the Eucharistic Ministry Program for parishioners who were homebound or in the hospital.

Don enjoyed traveling with Catharine, and they took many wonderful trips to Europe, South America and Africa. He was a golfer and die-hard Notre Dame football fan. His favorite spectator activity was watching any event involving his grandchildren’s water polo, football, lacrosse, hockey and debate teams.

A Mass of Christian Burial will be celebrated Tuesday, February 20, 2018 at 10:00 AM at Our Lady Queen of Angels Catholic Church, 2046 Mar Vista Drive, Newport Beach, CA 92660. In lieu of flowers, Don would be honored by a gift to Casa Teresa (http://casateresa.org).

Don was a loving husband, father and grandfather, and he will be deeply missed by his family and friends. In honor of Don and his favorite saying, “Have a spiritual day.”