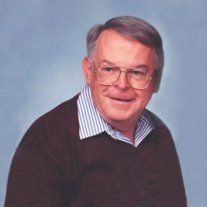 He was preceded in death by his parents Frederick and Pauline Reynolds, brothers Fred, Arthur, Robert, Edward, Paul and Richard; sisters Jacqueline and Karen.

Don took pride in his service in the US Navy and Naval Reserve. In 1972, his Company, ITT transferred him to Orange County, California in a management position. After 31 years, he became a mailman and enjoyed every minute of it.

Don loved the TV show Jeopardy. He was able to attend a live show in Los Angeles. It was a highlight in his life.

His love for his family was primary in his life. He cared for everyone and found great happiness in being the best father, grandfather and great-grandfather he could possibly be.

Everyone loved holidays at the Reynolds home as he was so warm and welcoming to guests.

Don will be greatly missed and fondly remembered by his family and many nieces and nephews.