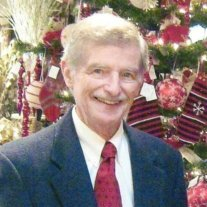 Donald was born in Lawrence, Massachusetts. He spent his childhood in Pelham, New Hampshire, where his vast playground was the woods and lake near his home. This playground helped to spur in him a sense of adventure that continued throughout his life. After high school, he enlisted in the Air Force and was a search and rescue helicopter pilot; he continued to have affection for helicopters all his life because of that experience. Reading was a passion of Donald’s so he decided to volunteer in the adult literary program at his local library. He also participated in the Pageant of the Masters in Laguna Beach for 8 years, where he portrayed Philip in “The Last Supper”.

Donald was a student of life; he loved learning in the classroom as is evident in his degrees. He received his Masters Degree in Business at Pepperdine University and later went on to receive a PhD in Business Administration. Not one to rest on his laurels, he also worked hard to receive his real estate and brokers license. He had many job titles but found great satisfaction in using his mind and working with his hands. For many years he worked at remodeling homes in Orange County, and after a devastating fire in Laguna Beach, he was able to help families rebuild.

In lieu of flowers, the family asks that donations be made to St. Jude Children’s Research Hospital: http://bit.ly/afroJd.