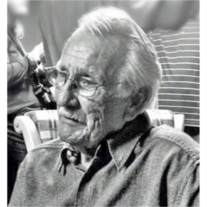 Donald Gale Eachus was born on September 21, 1938 in Colorado. He was the fourth of 5 children born to Richard and Gale Eachus.

He graduated from Bellflower HS in June 1956. He served 4 years in the United States Air Force at George AF Base in Victorville as an electrician on fighter jets and two years in the Reserves before being honorably discharged in February 1963.

He married Frankie Aldean Marshall on December 3, 1962 and had three children Keith, Kevin, and Kristine.

They raised their young family in Whittier and then moved to the new community of Mission Viejo in 1972 where they have remained for the last 45 years.

Don retired from Matson Terminals in 2000 after 33 years as a heavy equipment mechanic.

Don Eachus loved his family and everything he did was for and focused on his family. He was a talented mechanic who could fix anything, had a passion for helping others, and loved camping and riding dirt bikes in the desert. He was also an avid golfer and traveled extensively with Deanie around the US in his truck and 5th wheel.

Don is survived by his sister, Patricia Collett, and his brother-in-law, Ronnie Marshall; his wife Deanie of 54 years; his three kids and their spouses, Keith, Steve and Kris, and Kevin & Michele; his grandkids, Carissa and Andy, Shaye, Carly, Robbie, Ryan, Randall, Michael, Christian, and Matthew; and his great-grandkids, Emma, Elsie, Ethan, and Jace.