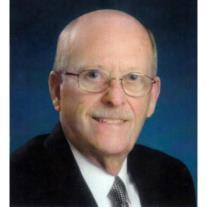 Don Roach of Mission Viejo, CA, passed away February 6, 2015, at the age of 85. Son of Walter Bulkley Roach and Rosalie Roach, Don was raised in Alhambra, CA, and graduated from Alhambra High School. He attended John Muir College and the University of Redlands before joining the Air Force at the start of the Korean War in 1950. He served five years in the Air Force, mostly as a T-33 and F-84 pilot, which included 56 combat missions as a member of the 69th Fighter Bomber Squadron stationed at K-2 Air Base, Taegu, Korea. He was awarded the Air Medal for courage during a hazardous, high profile mission.

Don entered civilian life in 1955, married Jeanne Beckwith on January 14, 1956, and raised a family of four sons and one daughter. Don, Jeanne and family lived initially in southwest Los Angeles, CA, then relocated to Westminster, CA in 1963 until Don’s retirement in 1989. Don and Jeanne then settled in Mission Viejo for their retirement years.

Don graduated from UCLA with a degree in Business Administration in 1958. He then began a long career in the southern California aerospace industry, including at Packard Bell, Northrop Aircraft and Hughes Aircraft, where he spent twenty-six years. He retired in 1989 as Manager of Central Materiel in the Radar Systems Group.

Besides being a devoted employee, husband, and father, Don was an active tennis player until the age of 80.

Don is survived by Jeanne, his loving wife of 59 years; sons Bruce, Paul, James, and John; and daughter Gail Anne. He is also survived by grandchildren and step-grandchildren, including Nolan, Shane, Chloe, Cody, Kaitlyn, Hailey, David, Alyssa and Kenneth.

A private memorial service will be held March 11.