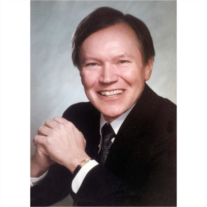 Mr. Donald C. Trauscht is best known for serving as the Chairman and Chief Executive Officer of Borg Warner Security Corporation from 1993 to 1995. Mr. Trauscht had originally joined Borg Warner Automotive in 1967 and functioned as its President from 1990 to 1993, as well as its Chairman and Chief Executive Officer. Prior to his career at Borg Warner, he was President of Langevin, a manufacturer of audio recording and electronics equipment. Since January of 1996, he has been the Chairman of BW Capital Corporation, a private investment company.

After serving in the US Army, during which he was stationed primarily at Fort Gordon in Georgia, Mr. Trauscht’s business endeavors began when he solely formed Scientific Management Corporation in the 1950s, earning major contracts with Oscar Mayer & Co. and Baldwin Piano.

A graduate of De La Salle High School in Chicago, he has a Bachelor of Science degree from St. Mary’s College in Winona, Minnesota, and a Masters of Business Administration from the University of Chicago.

Mr. Trauscht’s Catholic heritage was the source of his strength, and he was very active in many philanthropic activities including membership on his local school board, President of the Illinois Literacy Foundation, Director of the US Savings Bond Drive, and Co-Chair of the De La Salle Drive to rebuild portions of the school.

Mr. Trauscht was a friend and mentor to many and will be deeply missed by his family. He is survived by his wife, Arlene, and his three children: Donna Heinrich (husband Joseph), James Trauscht (wife Kristin), and John Trauscht (wife Rebecca). He is the grandfather of Timothy, Colin and Jason Heinrich, Matthew and Kaitlin Trauscht, and Jacob, Riley and Hannah Trauscht. He is also survived by his older brother, Victor, and many nieces and nephews. His other brother, Robert, is deceased.

In Illinois, a public visitation will be held at Sullivan’s Funeral Home in Hinsdale on Sunday, December 4, with the Funeral Mass to follow on Monday, December 5, 2016 at St. Isaac Jogues Catholic Church in Hinsdale. Burial will be at the Bronswood Cemetery in Oak Brook, IL.