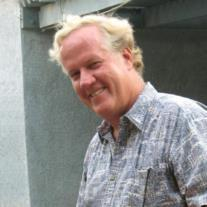 Donald Ross McKelvie was 58 years old and a resident of Huntington Beach for the last 16 years. He unexpectedly passed away on March 11, 2015 after a ruptured brain aneurysm.

Don was born in Long Beach, California to Ross and Jean McKelvie where he graduated from Millikan High School and The University of Phoenix. Don worked at Hughes Aircraft Company/Boeing for 35 years where he was the Manager of Major Subcontracts for the Boeing Satellite Division.

A common theme among family and friends is that Don was always enthusiastic about lending a helping hand. Don was someone you could count on.

Don is survived by his wife of 35 years, DeAnna, son Michael, daughter Kari, son Christopher, mother Jean and brother John. Preceded in death by his father Ross, his brother Lorne, and his sister Karen.

We will all miss Don’s joking and silly manner, his laughter and happy disposition, his infectious, positive attitude about life and people. His easy going, surfer way of life was evident and will be truly missed.