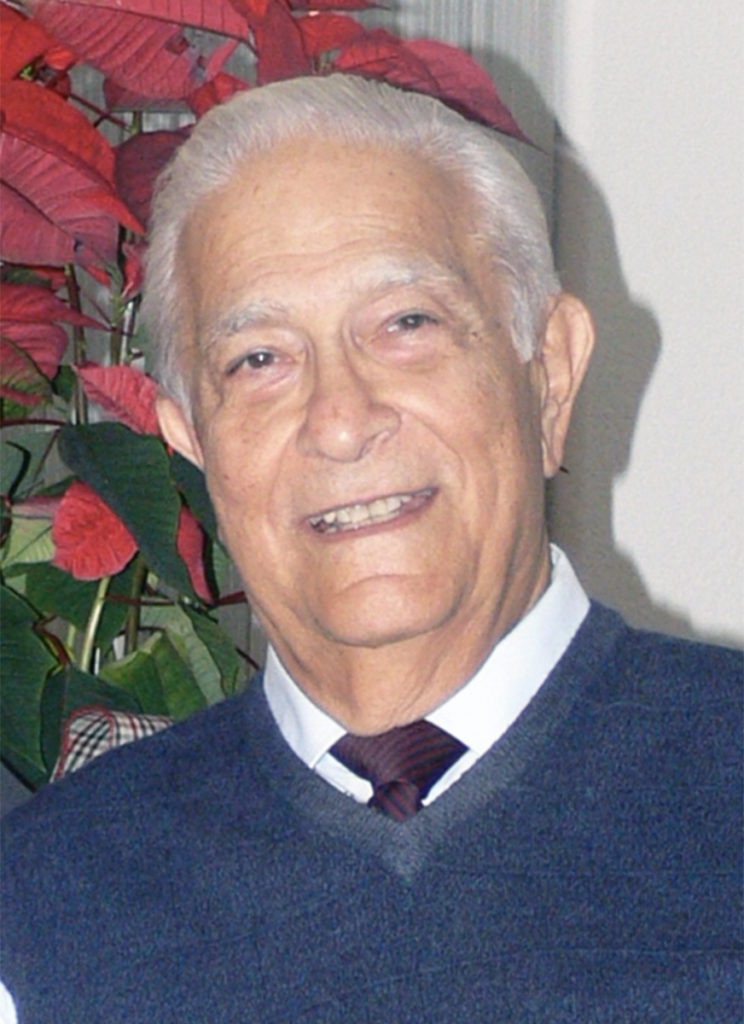 Our beloved father, Dominic Burrasca, “Poppa,” “D.B.”, passed away peacefully at his home in Laguna Woods, CA on January 5, 2021. His youngest son Jerry, who was his caregiver, was at his side. We will miss Poppa’s warm smile, which would brighten our hearts. His great, hearty laugh would shake his whole body and make us laugh and smile, too. But we know Poppa is at peace, finally reunited with his true love, wife of 56 years and our Mom, Ellen, his “Bonnie Lassie,” and his wonderful daughter and our sister, Pamela Jeanne Pititto.

Poppa taught us so many valuable life lessons. Often he would remind us, “You spend so much time at your job not to love it. So if you are not happy with it, change jobs!” We learned the importance of taking pride in your work, knowing your worth, and having a paper trail, so you have everything in writing!

But more importantly, Poppa taught us by example how to be a loving, caring person with his steadfast love, caring concern and genuine affection. Our dad also showed his caring concern for others besides our family. Our friends going through difficult life challenges would come to our home, and be comforted by his concern and guided by his good advice.

Our Poppa, Dominic was born on March 28, 1928, in the Yorkville neighborhood of the Upper East Side of Manhattan, NY to parents Girolamo and Rosaria Burrasca. He was the youngest of four children, with a brother Charlie, and two sisters, Vivian and Lee.

Dominic would often say that he loved “being a city kid and having New York City as my playground.”  He attended Flushing High School, played guard on, and was the captain of, his high school basketball team, and was a sports writer for the school’s newspaper.

In 1949, he met the love of his life, the beautiful Ellen “Vera” Nocher, first at a church dance and then again at Rockaway Beach, after which they were inseparable.  Ellen was his “Bonnie Lassie,” born in Glasgow, Scotland. Ellen and her sister, Margaret “Rita,” also a beautiful Scottish lassie, had sailed to America on the S.S. Normandie. (Back in Glasgow was their younger sister, Mary, also a beauty.) After a brief courtship, Dominic and Ellen married. Through the years, they were  blessed with five children: Ray, Lynn, Ellen, Pam  and Jerry.

Dominic attended night classes at the City College of New York, and earned a degree in mechanical engineering.  In 1956, he began his mechanical engineering career as a draftsman at Raisler Corporation. With his engineering expertise, meticulous attention to detail, and leadership ability, Dominic was promoted to Project Engineer, then Project Manager.  During his 30-plus year tenure with Raisler, he worked on numerous notable high-rise construction projects throughout the New York metropolitan area, such as the U.S. Pavilion at the 1964 World’s Fair and ABC Studios and its office buildings.  After leaving Raisler, Dominic was recruited by Olympia & York to oversee mechanical engineering coordination at the World Financial Center.

During Dominic’s busy career in mechanical engineering, the Burrasca family resided in West Islip, NY, located on the south shore of Long Island. In 1991, Dominic retired, and he and Ellen  moved to California. They greatly enjoyed living in the Golden State, residing in several cities: Napa, Santa Rosa, Hidden Valley Lake, then settled in Laguna Woods Village, in Laguna Hills. Their daughter Pam’s sons, Joel and Russell, would visit them there, and they would all enjoy many happy times at the beach. Also, Ray and his wife Rita enjoyed visits with them in the Laguna Woods home. The couple enjoyed spending holiday gatherings and special occasions with their daughter Ellen, son-in-law Bill and granddaughters Faith and Grace in Santa Rosa, CA.  Also they traveled to Las Vegas, NV to spend time with daughter Lynn, son-in-law Dave and granddaughter Lauren for birthday celebrations and holidays.  While in Las Vegas, Dominic and Ellen would visit their dear friends Louie and Maria DeMeo.

Dominic and Ellen were fortunate to enjoy several wonderful European vacations. They would talk often about two very memorable trips. The first was when the couple visited Scotland, it was the first time that Ellen had returned to her homeland. The second was their trip to Sicily, to visit the town that Dominic’s parents had hailed from, Castrofilippo.

Our precious Poppa will be deeply missed by our family, dear relatives and friends. We are comforted by the thought that he is with Mom in Heaven, and perhaps they’re dancing to one of their Big Band favorites,”Begin the Beguine.” We will always remember him with great love and affection and forever cherish our memories of our loving, wonderful dad, grandfather, and great grandfather. 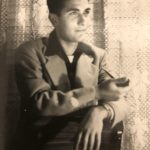