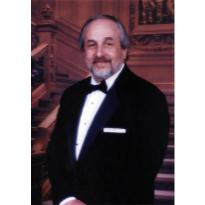 Dr. Dominic Bronell, who has practiced psychology in Orange County for over 30 years, passed away unexpectedly on July 5, 2009.

Dominic was born in Paris and his family moved to Los Angeles when he was a young boy. He attended private schools until matriculating in California State University at Los Angeles. He received his B.A. and M.A. in Psychology from this university where he was an active member of his beloved fraternity, Sigma Nu. Dominic went on to receive his Doctorate in Psychology from the California School of Professional Psychology, San Diego Campus. Dr. Bronell specialized in addictionology and individual and family counseling. He also had years of experience as an employee assistance counsel at several corporations. He was a member of the California and American Psychological Associations, as well as the California Marriage and Family Association. Dominic was an active sportsman. He loved to sail, scuba dive, and water ski. He owned his own airplane and loved to fly around western California and Mexico. He regularly flew doctors to serve in a clinic in Mexico.

Dominic was survived by his mother, Ginette Bronell; his brother, Frankie Bronell; and Antoinette Bascone, his companion of seventeen years, and her two children. He was loved dearly and will be deeply missed by all who knew him.