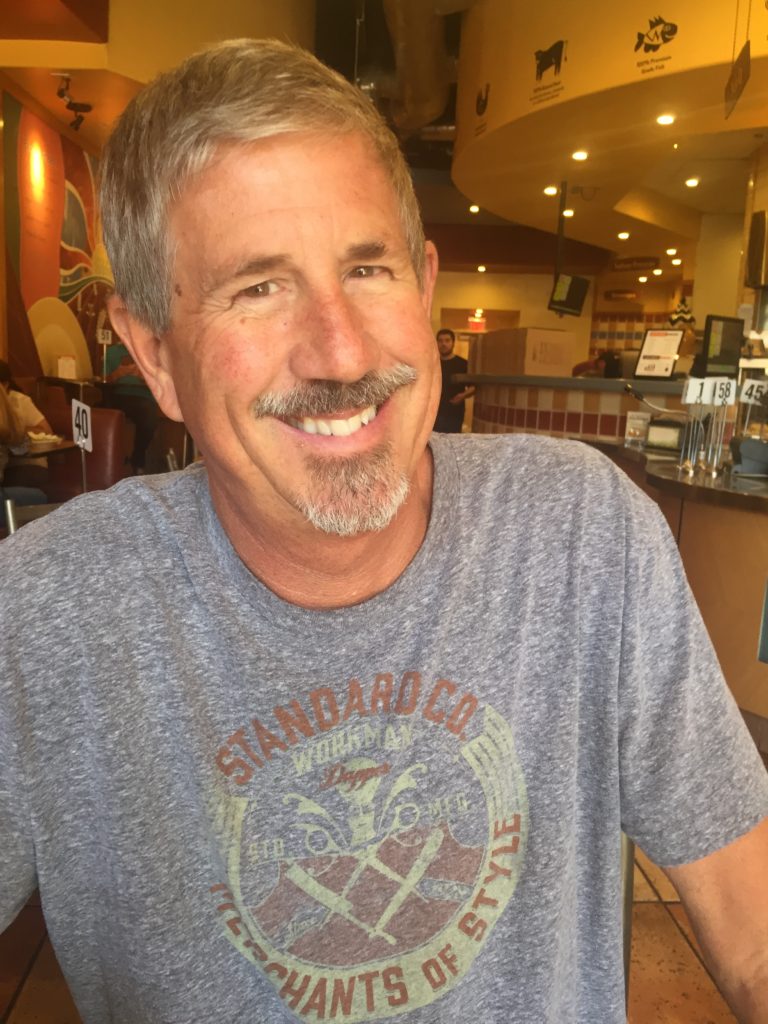 Dirk James Dambach died on June 3 at the age of 57 after a courageous battle, one that he fought with an unwavering positive attitude that inspired all who knew and loved him, with cancer at City of Hope Medical Center.

Dirk was a loving son, caring brother, devoted husband, proud father, favorite uncle and respected and loyal friend and colleague and he will be sorely missed.  He is survived by his mother, JoAn Dambach of San Juan Capistrano, California; wife of nearly 23 years, Shannon Dambach; children, Gavin James (19) and Sara Catherine (18); and sisters, Catherine (Duane) Overturf of Granada Hills and Denise (Steven) Eisenberg of Laguna Hills. Dirk was preceded in death by his father, James Dambach, who he greatly admired and loved.

Dirk was born on November 22, 1961 in Northridge, California. He grew up in the San Fernando Valley and graduated from Granada Hills High School and Cal State University, Northridge with a Bachelor of Science degree in Political Science in 1984 and earned his teaching credential in 1986. He and Shannon moved to Orange County in 1995 and were married in 1996.

Dirk had a long career in the food and beverage career, starting with working his way through high school and college for Dales/Lucky Market which ultimately led to a 21-year career with PepsiCo, during which he served in numerous positions, including representing the company at local businesses in Orange County.

Dirk had an amazing ability to make everyone feel like they were his best friend. He always had a smile on his face and a kind word. He enjoyed playing golf (like his Dad), swimming, backyard bbq’s, and was an avid professional hockey fan, first for the Los Angeles Kings and then adopting the Anaheim Ducks when he moved to Orange County. He loved to play cards, cribbage, ping pong, dominoes, softball and basketball, and although he was competitive, he was always a great sport and a terrific teammate.  Going to concerts to see his favorite bands (including the Red Hot Chili Peppers and The Killers) and his annual guy’s trip to Las Vegas were among the things he always looked forward to enjoying with friends and family. Most of all, he loved hosting family and friends at Casa de Dambach. He wielded a mean spatula on the BBQ and was a gracious host to anyone and everyone.

A memorial is scheduled for June 21st at 11:00am at Saddleback Church, Tent 3, 1 Saddleback Pkwy., Lake Forest, CA 92630. All are welcome to attend and celebrate Dirk’s wonderful, albeit too short, life. In lieu of flowers, if you wish, please send donations to https://bethematch.org/. The family wants to thank the caregivers at City of Hope and Kaiser Permanente for their tireless dedication to help Dirk with his fight against cancer.