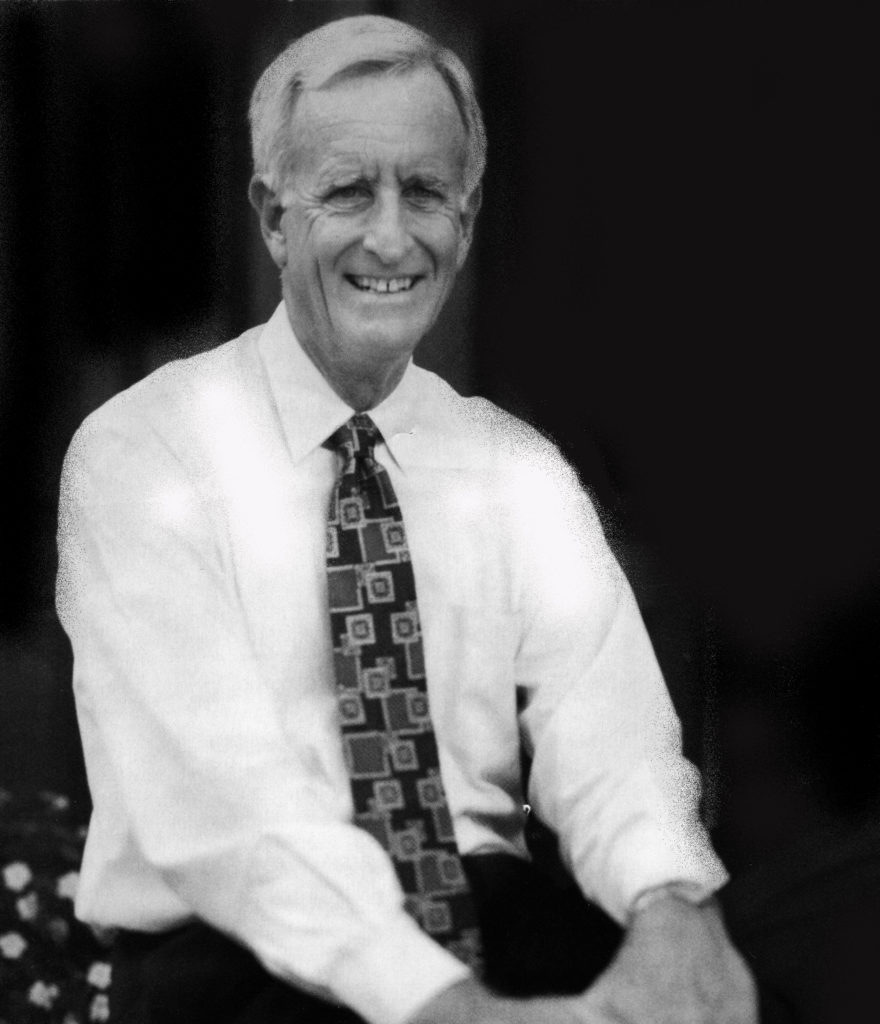 Dick Hunsaker was a tall, gentle giant of a man – often of few words – who let his actions speak for his beliefs, commitment and love to others. His devotion to his Catholic faith, family, friends and Trojan football led to many honors and recognitions throughout his life. The last thing he would want is to be remembered for any of them. His most valued legacy was his family: wife Regina, children Jim and Wendy Hunsaker, Katie and the Honorable David Hesseltine, David and Susan Hunsaker and grandchildren Josh (Hana), Tim (Karissa), Joe, Holly, Paige, Mary Caroline, RJ and Teddy.

Dick was born December 21, 1939 to Dick and Etta Hunsaker in the Cheviot Hills area of West Los Angeles. His brother Jim and his wife Nancy predeceased him. His sister Mary Etta Coleman (Ron, deceased) survives him. Dick attended Chaminade High School and was a member of the fifth graduating class. While at Chaminade, Dick excelled in leadership and sports, and it was during those years that the foundation was set for giving back and mentoring. He later served on the school’s Board of Trustee’s making the 75-plus mile trip each way from Orange County for more than six years. His commitment to Catholic education and gratitude for his experience at Chaminade led him to fund a scholarship to the school.

Following high school, Dick attended Santa Monica City College and the University of Southern California where he earned a BS in Civil Engineering. Dick was a member of the Kappa Alpha Order. While at USC, he met Regina Paulin – his great partner in life. They were married in 1964. In 1970, Dick and Regina relocated to Orange County. In 1976, he and three partners founded Hunsaker & Associates which continues to be one of Southern California’s leading civil engineering firms. Again, his commitment to give back resulted in his support of future USC students with scholarship to the USC Viterbi School of Engineering, which was later endowed upon his retirement by the employees of Hunsaker and Associates.

Dick contributed his expertise to the Diocese of Orange during some of the most critical years of the Catholic Church’s expansion in Orange County. Dick and Regina have been committed members of Legatus, of which Dick served as president of the local chapter. In 1999, Dick made his first pilgrimage to Lourdes, following which he and Regina became members of the Order of Malta, a thousand-year-old international order dedicated to serving the sick and the poor. Dick made eight pilgrimages to Lourdes, one of which was humbly made as a malade -a patient served by others.

His children, Jim, Katie and David – now adults with loving families he and Regina inspired, are fully aware of the many people their father mentored and supported during his life. Yet, they recall that as children he was an ever-present father. Always there to assist with homework and most notably in the stands while each pursued their high school and college sports passions with the latest recording camera in hand and a loud shout of support from the top bleacher.

Later in his life, Dick made the Camino de Santiago (Compostela), known in English as the Way of St. James, a walking pilgrimage through France and Spain leading to the shrine of the St. James.He was joined on the pilgrimage in different segments by Regina, his daughter Katie, and other family members. Upon hearing of Dick’s passing a priest friend said, “Dick is on his third and final Camino.” Buen Camino Dick! Thank you for the guidance and love you shared with all who crossed your path.

Funeral Mass is private due to COVID-19.  Donations in Dick’s name can be made to organizations close to his heart. Catholic Charities of Orange County,  HomeAid of Orange County, the Order of Malta, Western Association, Taller San Jose Hope Builders, which all have the same focus which is taking care of the poor and the sick. He was deeply involved in each organization. 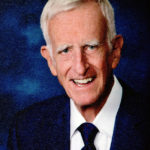 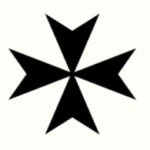 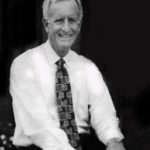