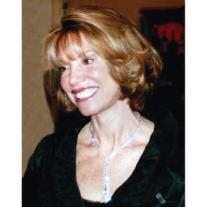 Dianne Ball, 68, of Laguna Hills, CA and Park City, UT, passed away Sunday, March 29, 2015, from pneumonia after an incredibly courageous six-year battle with neuroendocrine tumor or carcinoid cancer. She is survived by her husband of 12 years, George; step-daughter, Ann; step-son, George; seven grandchildren (Dianne was “Nana” to the grandchildren), Grace, Sarah, Mary, Eddie, John, Peter and Maria; and sisters Patricia, Jeri and Judi.

Dianne was born in New York City and moved to Long Beach, CA with her family in the early 1950s when her parents Frank and Margaret Balestra decided “to go west” in the years shortly after WWII. She received her Bachelors and Masters Degrees from California State University, Long Beach.

From her early years as a teacher in Los Alamitos, Dianne’s passion for educating and nurturing young minds was a driving force behind one of her purposes in life. By the 1980s, she took a big leap and left Southern CA to become the principal of the Mammoth Lakes Elementary school in our well-known California ski community. In the early 1990s, she moved back to Southern California to become a principal in the highly acclaimed Irvine Unified School District. After a brief period as principal of the Meadow Park Elementary School, Dianne took over as the principal of the Greentree Elementary School, a position she held for sixteen years until her retirement in 2008. After a few short years, along with her dedicated staff, they took Greentree from just another average elementary school to the elevated heights reserved for “California Distinguished” schools.

Dianne’s love for her Christian faith lay at the foundation of everything she did in life. She was a member of both Saddleback Church in Lake Forest and Mountain Life Church in Park City, UT. She firmly believed in the Christian principle that through Jesus’ Resurrection, which we celebrate this week, Christ conquered death and that his followers would have eternal life with him. So for all those who so loved her on earth, the cliché “she’s in a better place” could not be more comforting.

After retirement, Dianne, who was seen by friends and family as a loving and elegant lady, was able to spend more time at her other home in Park City, UT (where she loved to ski and hike). Dianne also had an opportunity to travel extensively and spend time with family and friends who are scattered in the far corners of the world. She touched so many lives that before and after she passed away, family and friends from London, England, Copenhagen, Denmark, Nepal, Paris, France and Amman Jordan have been able to send their love and condolences.

Services will be held on Monday, April 6, at the Chapel at Mariners Church, 5001 Newport Coast Dr, Irvine, CA 92603 at 11 am, with a 10 am viewing in the chapel preceding the chapel service. A brief burial service will follow at the Forest Lawn Cemetery in Cypress. Flowers can be sent to the chapel and monetary donations can be made to the Caring For Carcinoid Foundation.