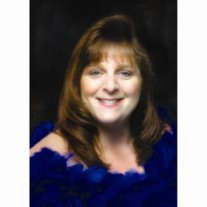 On October 14th at 7:40pm our dearest Diane went to be with The Lord. She was an incredible wife, mother, grandmother, sister, daughter and best friend to many. And we all love her so!

Diane was diagnosed in March 2013 with stage 4 liver cancer which was believed to have originated in the breast, ultimately her doctors could not confirm the exact origin. After several rounds of chemotherapy which were non-affective against the cancer, she passed away peacefully at home surrounded by many people that loved her.

Diane was wholly devoted to her husband and children, always putting them first before herself. She always brought a smile to others and knew how to make you feel warm and welcome. Diane loved to bake and share her goodies with all her friends and neighbors. Diane was an amazing friend, always there for people at the most needed times and generous beyond her means. On occasion she would speak a language of her own which we called “Diane speak”, meaning she would add letters or syllables to existing words to fit the mood or context, inevitably invoking laughter. She was very active in the community, volunteering and giving whenever she could. Diane made a significant impact in the lives of those whose path she crossed, and she will be forever remembered and sorely missed.

Diane is survived by her husband Geoffrey, her eldest daughter Jaimie, her son Aaron, her youngest daughter Charity and her grandson Jacob. She is the daughter of Mary Beth Weathington and Frank Hooper. She has 3 sisters, Karen, Diane and Karen and a brother, Michael.

A “Celebration of Life” for Diane will be held in her honor on Friday, November 8th at 11 o’clock in the morning at Arroyo Trabuco Golf Club, 26772 Avery Parkway, Mission Viejo, CA 92692.

The family requests in lieu of flowers, memorial donations be made to Susan G. Komen for the Cure, Orange County, CA.