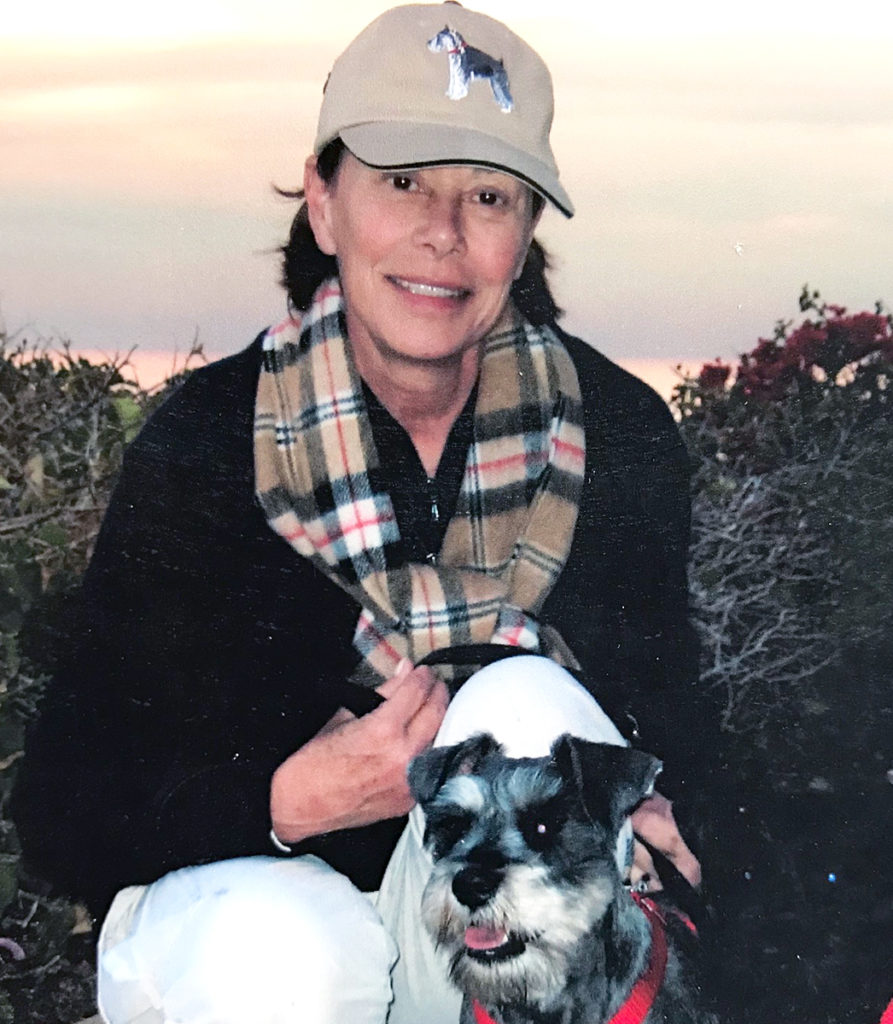 Diane Elizabeth Kraemer, 72, passed away on Thursday, March 29, 2018, in San Juan Capistrano, California of metastatic breast cancer.  She was born in Minneapolis, Minnesota on January 18, 1946, one of three children of Inez and Kenneth Owen.  Diane was an expert fisherman and knitter, quilter, an accomplished fine artist, and a lover of her dogs Yorba and Paco.  Diane had an unquenchable thirst for knowledge and was a voracious reader.   She was a member of a book club that met faithfully for over two decades.

Diane attended Richfield High School in Minnesota and participated on the dance team and acted as Annie in “The Miracle Worker.”  She was always an excellent student.  Diane’s favorite sport was ice skating, and she could easily do leaps and twirls.

Diane began working as a teenager after school and during the summers, selling fashionable clothes. Diane continued working in retail in Hawaii, then in commercial real estate.   Her expertise in restaurant site location and leasing garnered Diane a superb reputation representing Burger King, Kentucky Fried Chicken and The Koll Company.  Diane also worked for FKC Partners, a real estate development company located in Southern California, where she became the top commercial leasing agent. After retiring from real estate, Diane turned her love of art and fashion into a new business, repurposing beautiful vintage Japanese kimonos into wearable designs.  The company Kiana created artful pieces that sold in boutiques around the globe.

While traveling to Southern California on business, Diane met Gilbert U. Kraemer, Jr.  through mutual friends Karen and Thomas Capehart.  Diane and Gil were married on December 28, 1979. Diane and Gil loved the outdoors, and shared many common interests.  Their fishing exploits were legendary.  Diane was an honorary and lifetime member of the Balboa Angling Club and Laguna Niguel Billfish Club.  Diane and Gil were blessed to enjoy extensive travel throughout the world.  Their favorite destinations would always include Hawaii and Mexico.