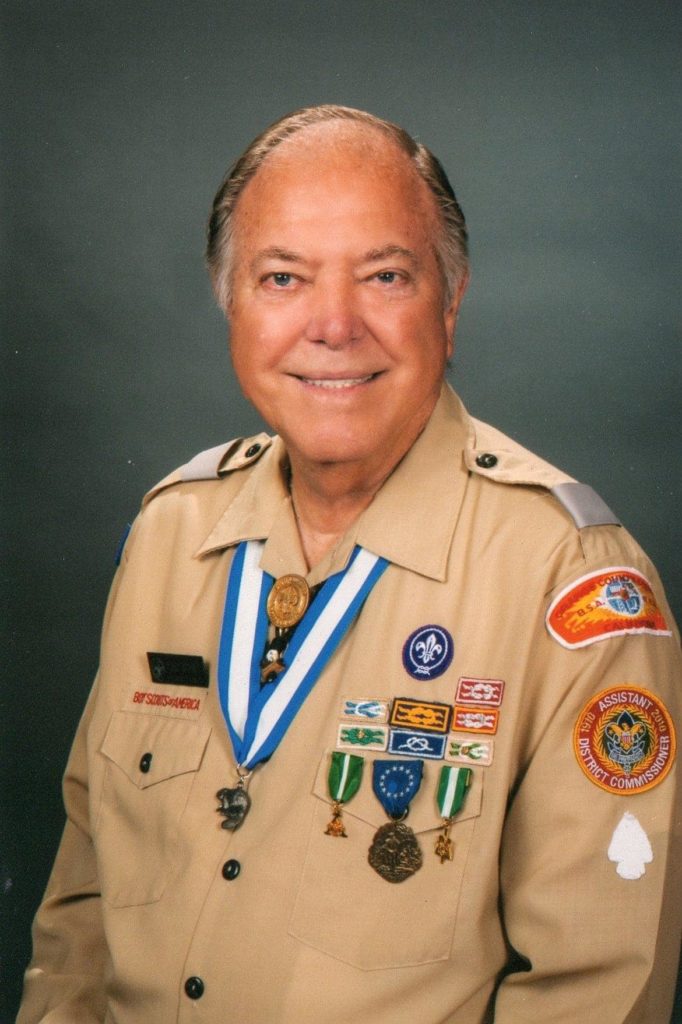 Dennis Mulvaney, 85, passed away peacefully at his home in Laguna Niguel on March 14, 2021. His last few weeks were filled with visits from his son, Michael Mulvaney (Knoxville, TN) and his daughter and son-in-law, Karen & Mike Wentworth (Big Bear, CA), and by his side for 65 years, his wife, Donna Mulvaney. His grandson, Michael Wentworth, his wife Bree Wentworth and 2 great grandsons, Wade and Ace, called from Peoria, AZ to keep a smile on his face while listening to the loud but sweet voices telling the latest accomplishments of their household. He certainly left this world knowing his family loved him for always making memories that will last till that day we will join arms again.

Dennis grew up in a time when everyone knew their neighbors’ names and collected bottles for spending money. He graduated from Montebello High School, where he met his wife, Donna. Dennis had a love for tinkering on cars, radios, TV’s and pretty much anything requiring solder or oil which led him to enlist in the Air Force in 1955 where he was trained as an electronic engineer working on the early model AWACS (Airborne Warning and Control System). Before going off to serve in the Korean War, he and Donna got married November 12, 1955, honeymooning at the newly opened Disneyland in Anaheim.

Dennis had a successful career in the electronics & laser industry spanning from 1960 to his retirement from Test System International, Inc. as President/Owner in 2018. In 1972, Dennis moved his family to Laguna Niguel to open a franchised Radio Shack store where he became a leader in many local CB radio groups providing adults and teens alike the “How To” of CB radio talk.

His love for the ocean, gave way to both he and Donna becoming certified scuba divers and enjoyed many years spearfishing off the coast of Palo Verdes and Catalina for fish and lobster. Much of Dennis’s life was centered around the activities of his wife and children. Scouting, Cub scouts, Boy Scouts and Girl Scouts became a common denominator for the family far beyond the ages of his son and daughter. Dennis has been involved in the Boy Scouts of America since 1966, serving as Cub and Scout Master, Trainer and Chairman for many Camporees and Jamborees. He was Troop Commissioner and Scout Commissioner for South Orange County and Eagle Scout Counselor. Dennis received prestigious awards from the Boy Scouts, such as, Distinguished Commissioner, The Award of Merit, Commissioner of the Year, and the highest Boy Scout Award, The Silver Beaver Award.

Dennis has been called the “pillar” of the community by the Niguel Botanical Preserve for his pioneering spirit bringing Scouts to the tree groves and along with their parents carried buckets of water to irrigate the trees they planted on bare mustard infested steep hillsides. His legacy will forever be along the Trail to Eagle he developed to provide opportunities for Boy Scouts to imagine and execute projects to fulfill their Eagle Scout projects. His leadership and mentoring gave many Scouts lessons in life to become future community leaders. Dennis also established Scouts leading the flag ceremony at the monthly City of Laguna Niguel Council meetings. His role as Commissioner on Laguna Niguel Parks and Recreation, led him to the coordination of the Scouts, both Boy Scouts and Girls Scouts participation in the Laguna Niguel Holiday Parade, was always the highlight. Dennis was recognized for his many contributions to the City of Laguna Niguel becoming the Citizen of the Year in 2005. Dennis became a member of Laguna Niguel Rotary Club in 1976 and served as President from 2004 to 2005.

As a veteran of the Korean War, Dennis has a passion for supporting members of the military by coordinating the donation of thousands of cans of nuts, popcorn and Girl Scout cookies and personally delivering them to local military bases. Dennis was the founder of the Laguna Niguel American Legion Post 281 and the Post 281 Student Scholarship Fund, which carried his name, supporting college scholarships to high school seniors from local military or veteran families.

By his side for any adventure, his wife Donna, enjoyed traveling by boat, plane or train to almost every continent together. Missing out is Antarctica,Too Cold, Dennis said!

A friend shared this Irish Blessing – “Death leaves a heartache no one can heal; Love leaves a memory no one can steal.”