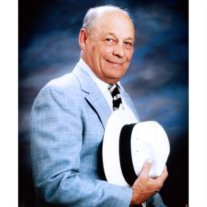 Dennis Henry Schechinger of Laguna Woods, CA, beloved son, father, grandfather, and brother, died on October 18th, 2013, at one A.M. He died after a long battle with mesothelioma. He was born on April 30, 1943 in Carroll, Iowa to Phyllis Mae Hocking and Leonard Otto Schechinger.

Dennis grew up in Carroll, Iowa and graduated from Kuemper High School in 1962, where he excelled in football. He married his high school sweetheart, Lois Loretta Kasperbauer on February 23rd, 1963. He moved to Lomita, California when he joined the Navy. After four and a half years in the Navy, he worked at Douglass Aerospace and went to college, graduating two years later. He had an enjoyable career with Xerox where he worked as a technical representative from 1968 until 1973. After “retiring” early, he began the business that made him a success, real estate. He continued to work on his investments properties until his death. He enjoyed his career of helping people, and had a great talent for fixing things.

He was a happy, friendly and generous man whose greatest pleasure was making others happy. When he bought a new computer he gave the old one to the gardener, because he had chatted with him and found out that the gardener could use it. He counted many of his tenants and workers as friends as he cared about each of them. He enjoyed trips with his family. He regularly took his family camping in Yosemite, fishing at Bass Lake and even tried to hike Mt. Whitney. Every other year he drove half way across the country to visit his family in Iowa. More recently he enjoyed music, dancing and golf. He regularly went to local jazz festivals and stayed all weekend. Once he was known to have danced with every girl in the bar when he went out. When he danced the polka your feet didn’t touch the ground as you flew around. Dennis had a passion for golf. After he started playing there was rarely a week that passed in which he didn’t play. He found a way to play golf even while on vacation. Dennis was a longtime member of the South Course Men’s club where he served as club president for 4 years, and 20 years as tournament chairman. Recently he expanded his vacations to include Alaska, New Orleans, Washington DC and China with Maria Chih Fong Chu.

The ‘Celebration of Life’ will be held at O’Connor Mortuary on October 26th , 2013, and will begin at 4:00 pm. A memorial Scholarship has been set up in his honor. Donations can be sent to Cerritos College www.cerritos.edu/foundation click on the “Give Now” button, then click on “Other” and write “Schechinger Scholarship” to direct the donation to his scholarship, finally put in your donation information. (If you would prefer to write a check, make it out to “Cerritos College Foundation”. Please identify the scholarship on the memo line). Or give to your favorite charity. Floral donations can be sent to the O’Connor Mortuary (25301 Alicia Parkway Laguna Hills, CA 92653).

To die proudly when it is no longer possible to live proudly. Death of one’s own free choice, death at the proper time, with a clear head and with joyfulness, consummated in the midst of children and witnesses: so that an actual leave-taking is possible while he who is leaving is still there.
Friedrich Nietzsche