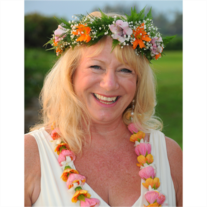 Debra (‘Debbie’) Valerie Look, age 65, suddenly and unexpectedly passed away in her sleep on the morning of Wednesday, February 1, 2017. She was the most loving and perfect friend, wife, mother and Omi, and will be deeply missed by all.

Debbie was born on July 22, 1951 to Elenore and Curtis (deceased) Thompson in the London-area of Ontario, Canada. She was the third of seven children. Spending most of their earlier years on a rural farm, Debbie’s childhood was filled with many fun stories of rough housing with her siblings, ‘helping’ their father with target practice, cooking with their mom and other fun, farm-shenanigans.

Being the outgoing person she was, she served as the president of the student body in high school and was a star on the cross country team. After being told by her father that she had to work instead of finishing her final year of high school, Debbie promptly started a job and soon moved to London, Ontario. It was while she was working in the office of Vipond, Inc. where she fell in love with a mustachioed Xerox copier salesman-Manfred Look-who would become her loving husband of over 36 years.

Manfred and Debbie promptly created their family of four with the birth of their daughter-Ingrid Valerie Look-in the summer of 1981, followed by the birth of their son-Nicholas Manfred Look-nearly 15-months later. As a family of four, Manfred’s work took the family from London, Ontario to Reston, Virginia, then back to London, Ontario to Newmarket, Ontario and then finally to their now-home of Orange County, California.

All the while, Debbie was a loving wife and mother, staying at home to raise the children and managing the house affairs perfectly. She cooked gourmet dinners nightly, played family mediator, did the laundry, kept the landscaping perfectly trimmed and still found time to complete a daily crossword puzzle. Putting it that way, however, is an understatement to how crucial and integral Debbie was to her family. She is the sole reason this family is the close knit family it is today, filled with love, happiness and joy, which we are all desperately trying to draw upon in this tragic time.

In her later years, Debbie worked at The First American Corporation and then CoreLogic Inc., where she proudly served as an executive assistant. Shortly after the birth of her first two grandchildren, Debbie quickly eyed retirement, which she was able to accomplish in October 2014, shortly after her granddaughter’s first birthday. In the remaining two-and-a-half years before her sudden and premature passing, Debbie was the perfect Omi to her now four grandchildren. She adored them with all of her heart, and her grandchildren reverberated that love tenfold.

All who knew Debbie describe her as a very loving woman, always laughing and smiling. She had an excellent sense of humor and wit. She was quick to make friends, and formed many deep, long lasting friendships. Her time on this earth was too many years too short, and it bears repeating that she will be deeply missed by all.

Services will be held at O’Connor Mortuary in Laguna Hills on Saturday, February 18th from 10am until 12pm. In lieu of flowers, a donation can be made in her name to the American Heart Association or the Wounded Warrior Project.