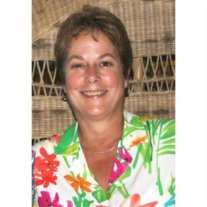 Debra (Debbie) Ann Ellis, 59 years of age, passed away Thursday, October 17, 2013, after an extended battle with cancer. Debbie was born on May 28, 1954, to Robert and Patricia Huntley in Los Angeles. Robert Huntley was a former city manager for the City of Westminster. On November 17, 1973, she married James Ellis in Westminster, CA, and was happily married for almost 40 years. Debbie and Jim lived in Westminster, Romulus, Michigan, and Aliso Viejo during their lifetime together. She loved to travel and through many family trips “saw the world.” She also loved to cook and her Abyssinian cats were a great joy to her.

Memorial services will be held Saturday, October 26, 2013, at 1:00 PM, at O’Connor Mortuary, 25301 Alicia Parkway, Laguna Hills, CA 92653. In lieu of flowers, donations can be made to the American Cancer Society on behalf of Debbie Ellis.