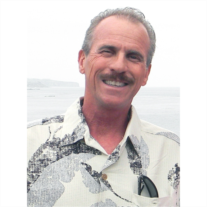 David enjoyed his life. Even though he battled lung disease for the majority of his days, he never let on, he never wanted to be treated differently and he never let it stand in his way of having a good time.

At 23, after following his retiring parents to California from Ohio, David became a tool designer for a medical device manufacturer, earning special recognition for his work from his employer. He then moved into R&D engineering where each day he would face a blank sheet of paper where his own, original, ideas would flow. David’s contribution to the tracheostomy tube business resulted in multiple patents in his name.

David retired from his working career as a medical device manufacturing engineer and focused on his proudest accomplishment: his sons. He also became more involved in church service at Mission Hills. Volunteering for Royal Kids Camp, Ushering, Create a Crate, teaching 4 -5 years olds, and leading a small men’s group.

David LOVED to vacation with his family.. spending time together playing in the sun, having fun in the water, enjoying beautiful sunsets, walks on the beach, . . . and when he wasn’t on a vacation ..and even when he was.. he would be planning the next one.

David was an avid fisherman. For close to 15 years he was a regular at Dana Point Wharf where he fished for yellow tail, bass, and whatever else was biting. David constantly referred to his fishing time as “being in God’s nature”… Even though he thought sea lions were only there to annoy the fisherman.

David grew up in a small town near Cleveland, Ohio where he was a big Browns fan, but after moving to California quickly favored the Lakers. Phil Jackson could have heard David yelling at the TV he might have thrown in the towel!

Not much made David happier than his sons… Soccer, Junior Lakers, flag football, Tae Kwon Do, Cross Country, Football and Track… He never missed a match, a scrimmage, a game, or a race. David volunteered at El Toro Baptist Christian School while the boys were there, was baptized along side with them at Mission Hills, taught them how to drive, and ensured they understood the value and importance of an education and even more important, family. Most of all, he made sure they came to know our Lord and Savior Jesus.

David married Linda in 1989; after 27 and half years of marriage their love remained just as strong as day one.

Last, but not least, David enjoyed spending time with his friends. His family wants to thank each and every one of you for sharing your time to hang out, work out, play games, fish, worship, serve, pray, and study the Word with him.

He will be sorely missed.

If you are able and would like to help with the reception, please contact Karen Buchanan, Karen@missionhillschurch.com.