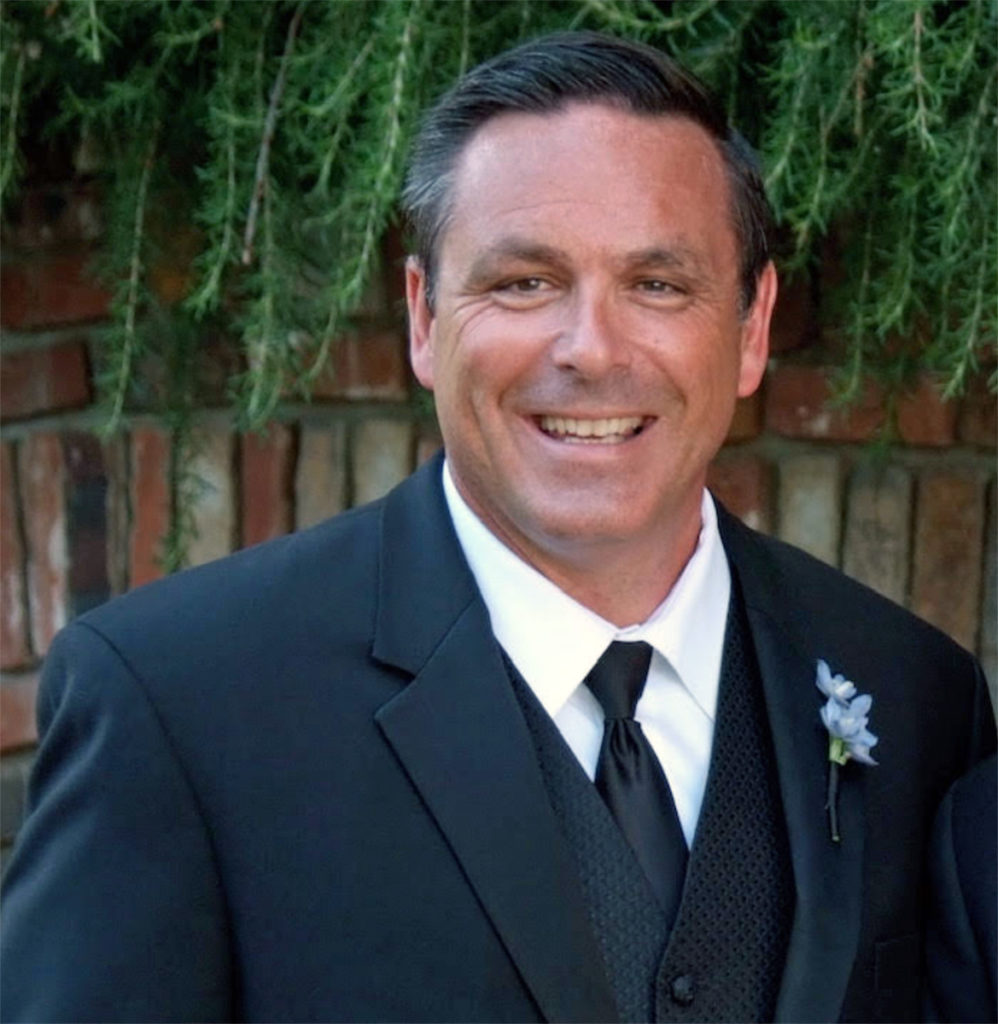 A funeral service for David Barry will be coordinated and announced sometime early next year, possibly as soon as March 2021. We will monitor the COVID pandemic and allow advanced notice for anyone who wants to travel to be in attendance. It will likely be held at a church in Laguna Hills, CA. If you have any questions, contact Josh at joshua.barry@gmail.com.

David Barry was a grandpa, dad, husband, son, brother, uncle, coach, soccer club president, successful executive, entrepreneur, leader, and a great friend to many among other things. He influenced the lives of those around him with his charisma and genuine interest in connecting with whoever he was with. In his final days of battling cancer, he talked about his desire to see people unite in what we share in common versus settling for shallow debates and disagreements on social media. He took much joy this year in being able to meet his second granddaughter, Sienna, the Lakers’ NBA, and Dodgers MLB World Series championships.

David was a dad who took an interest in all activities, adventures, and sports especially those that involved his two sons Tyler and Josh. He himself was talented at most things he tried – playing soccer at the University of Washington, water skiing, tennis, and basketball among other sports. He purchased a Sea-Ray ski boat and took the family on many boating and camping adventures. Houseboat trips to Lake Oroville became an annual tradition. A highlight was epic innertube battles where he and a friend would take on the two strongest kids of the season in a 2v2 battle royale. In his final days, he would watch these videos and smile for hours.

He attended and coached more sports than most other kids’ parents. He became known as the dad so committed that during Tyler’s college soccer years, the team expected their most loyal supporter David would be at all away games – often arriving the same day as the team. His kids’ friends grew unsurprisingly close with David. He lived in the moment and was proud to be involved in his sons’ accomplishments; soccer, cross country, surfing, basketball, baseball, swimming, and more.

He married Carolyn on 11/15/1980, and they remained together for 24 years, divorcing in 2004. They moved their young family from Washington to Northern California and eventually settled in Mission Viejo, California. Carolyn sadly passed away at the age of 58 from breast cancer that spread to her brain three years ago. David and Carolyn reconnected and found peace in their friendship and he made himself available to support her and their sons, during her final months. After his divorce, David met and married Yao who he fell deeply in love with and who has become part of the Barry Family. Yao has shown unlimited care and love for David in their eight years of marriage (04/24/2013). David lost his mother Judy to cancer six years ago and his dad, Clete, has been living with him and Yao ever since.

Friends and family were everything to David. His relationships were a priority, whether he was entertaining on his patio, visiting his sister Jill’s family for holidays in Arizona, or taking trips back to Seattle. He enjoyed traveling and made several trips to Yao’s homeland, Thailand, to meet her family and explore this beautiful country. He also spent time trekking across Europe and Africa with friends and had many adventurous stories to bring back, which were shared in full detail. He stayed in touch with high school friends, going on trips together.

David’s professional life took many turns. He was a successful executive in the healthcare industry in his late 20s and 30s working at companies such as Accentcare, Homedco, Total Renal Care, and DaVita. This afforded him the ability to “retire” young and explore his entrepreneurial interests. Businesses he invested in, created, and led included a concrete repair company, a car lease company, and a small Pateadores soccer club that later became one of the most successful clubs in the country. In these pursuits, he formed strong bonds with many more people. David was always “all in”.

David found out he had cancer while hitting a pinata at a birthday party three years ago. A bone in his arm broke and that night he learned his body was in a stage IV fight with prostate cancer that had spread to his bones. Many people were unaware of his struggles as he didn’t mention his condition often, nor did he look like a “typical” cancer patient. He used every therapy and treatment available to extend his life, but he peacefully left us on 11/19/2020… he was 62 yrs old. His final days were spent resting at home, surrounded by loved ones, which is exactly where he wanted to be.

We remember David for all of these things. David will be missed by so many. His spirit lives on through his wife – Yao, his sister – Jill, his dad – Cletus, his two sons – Josh and Tyler, his “bonus” son – Thanagron (Dy), and his two granddaughters – Piper and Sienna, as well as his large extended group of family and friends.