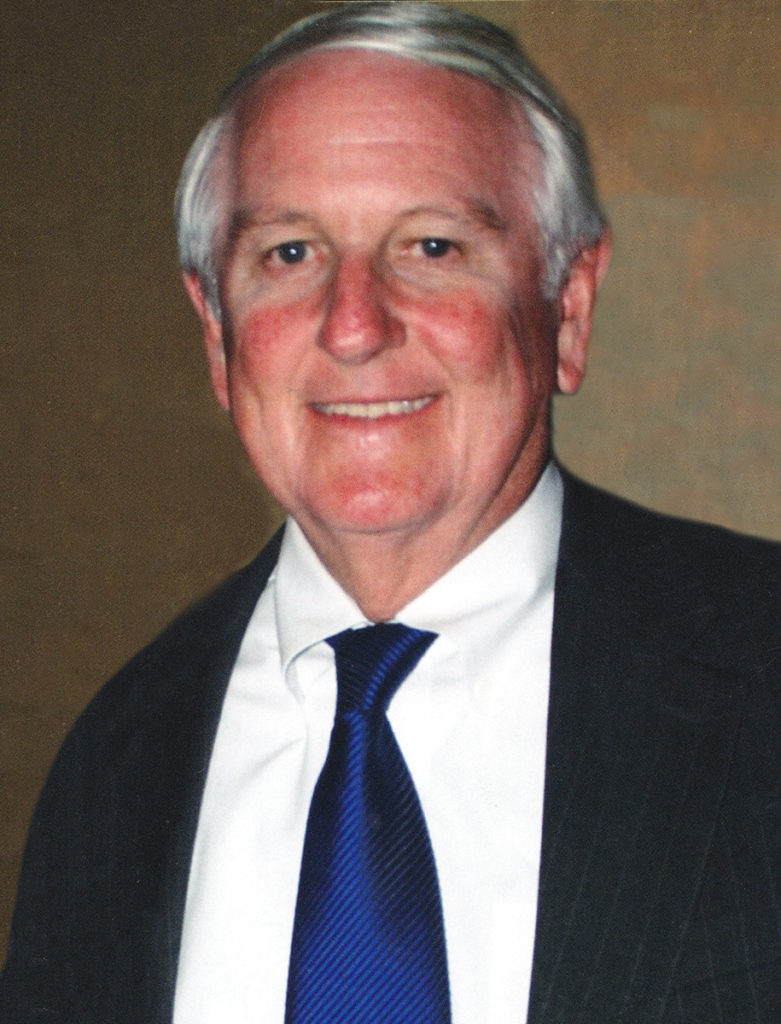 David Norman Ream was born on July 1, 1944 in Long Beach, California and passed away on December 26, 2020 in Laguna Hills, California at the age of76.

Dave was the second child born to Jesse Maurice Ream and Pearl Elizabeth Ream.  Their daughter Kathleen was two years old at the time of Dave’s birth.  Tragically, in 1950, Dave’s father Jesse was killed in the line of duty as a police officer.  Dave’s mother was forever grateful to the Long Beach Police Officers Association for all the immediate help that they gave to the family, including building them a house.  As an adult, Dave was able to attend the yearly memorial that was held in Sacramento to honor police officers who had fallen in the line of duty.  He was very moved when they announced his father’s name.

Dave attended Long Beach schools and graduated from Poly High School in 1962.  He graduated from Arizona State University in 1967 with a degree in Business Administration. While attending Arizona State he became a devoted “Sun Devil” and formed close friendships as an SAE fraternity member. These close friendships exist until this day.  Dave taught in Long Beach schools for awhile, spent some time living in the Virgin Islands and eventually earned a Master’s in Business Administration from Long Beach State in 1970.

After college, he worked for Safeco Insurance Co in Los Angeles.  In 1971, Dave found his true calling and began working in city government.  He worked as an assistant in the Long Beach City Manager’s office.  Next, he worked for the City of Lakewood for four years as a management assistant.  Finally, in 1978 he began a job for the City of Santa Ana– a city he would work in for the next 33 years.

After 1978, Dave was to spend his entire career working in Santa Ana. His initial position in Santa Ana was as a financial analyst, followed by Redevelopment Director and finally in 1986, City Manager.  Dave became the City Manager of Santa Ana at 41 and remained in that position until 2011. He had the honor of leading the city for 25 years.

There were many singular accomplishments during his tenure as City Manager, but the one he was the most proud of was the widening of Bristol Street. It has been widened from 4 to 6 lanes and now has pedestrian parkways flanking each side and medians containing large rows of tall palms. “Our goal was to make it into the best street in the county of Orange and I think we succeeded,” Dave was fond of saying.

In addition to the beautification of Bristol Street, there are many tangible examples of Dave’s tenure as City Manager.  In downtown Santa Ana the Ronald Reagan Federal Building and Courthouse was built, as well as the Discovery Science Center.  An Artists’ Village was created.  The old Fashion Square was redeveloped into the Main Place Mall.  The Bowers Museum was expanded and the Amazon’s Edge was added to the Santa Ana Zoo. The new showpiece Santa Ana Police building was built and the new City Yard.   A new Auto Mall was created and expanded. Dave’s leadership was instrumental in creating a Redevelopment partnership with the Santa Ana Unified School District leading to the construction of 15 new schools in 15 years.

His commitment to the children of Santa Ana was manifested in many ways.  In conjunction with other civic leaders he established the Education First/Santa Ana 2000 Initiative which created an interagency coalition of business people, government agencies, civic groups, and the SAUSD in 1989.  The purpose of this coalition was to prepare Santa Ana students for the modern workforce.  He also championed the building of a number of parks and sports facilities including Eldridge Park, Saddleback View Park and Dan Young Soccer Field. Throughout his tenure as City Manager, he also served on the board of the Boys and Girls Club and devoted many hours to their fundraising activities, even in his retirement.  He looked forward each year to the Student Government Day which had a direct impact on students.  Another community development that he supported was the Delhi Center.  At their 50th anniversary celebration, many community members noted how Dave always supported their programs and attended meetings and events and stayed until the end.  Dave was not a public official to just make an appearance–he would return your phone calls and make things happen.

Dave was also dedicated to supporting the professional growth and development of the employees who worked for the city of Santa Ana.  He changed the organizational culture to one devoted to quality customer service, before the concept was popular in public sector agencies.  He created a public business academy that helped educate the employees in the new philosophy.  He also made sure employees were recognized for their contributions towards getting the work of the city accomplished.  He supported a number of annual employee events and sent each employee a personalized card on their birthday.  At Dave’s retirement many employees at various levels of the organization expressed a similar sentiment.  To paraphrase : “Dave called me into his office, told me what he admired about my work, promoted me and basically believed in me before I believed in me.”  Many believed that Dave’s greatest career accomplishments were not roads and buildings but his relationships with people.

It wasn’t all work and no play in Dave’s life.  Dave had a lifelong love of traveling which was evident in his early bachelor days when he lived for a time in the Virgin Islands, traveled extensively in Europe, Pakistan, India and even briefly in Afghanistan. With his wife and children he traveled in his RV to numerous national parks and completed three trips across the United States. The Ream children claim they don’t remember a single holiday that was celebrated without going on a trip.  All three are still avid travelers. The RV also enabled the Ream family to travel frequently to local beaches and Lake Tahoe and to pursue the family hobby of riding ATV’s.  Dave was also an avid golfer who spent many happy days on the Coto de Caza golf course. In retirement, Dave and Diane were able to travel to Europe, Israel, Russia and China and live part-time in Lake Tahoe.

Dave is survived by his wife Diane Ream, three children and sister Kathy.  May Yip Ream and Tim Ream are the parents of Dave’s two granddaughters — Emily and Allison Ream.  On his wife’s side, Dave is survived by his mother-in-law, Vivian Curry; three sisters-in -law:  Vivian Brammer, Joan Curry, and Sue Pace, and her husband Rick Pace. On both sides, Dave has numerous nieces and nephews whom he cherished.

After living with advanced Parkinson’s disease for several years, Dave passed away on December 26, 2020.  His doctor described him as “a true gentleman.”  Dave was an outstanding son, brother, husband, dad, uncle, friend and public servant.  He was kind, loving, and patient and always tried to “do the right thing.”  Most people who knew Dave Ream would agree that he hit that “high mark”.

We will miss you Dave!

Donations can be made in David’s name to a charity he supported for many years” the Boys and Girls Club of the Central Coast, serving the youth of Santa Ana and other Orange County communities. You can make a donation online or send a check payable to: Boys & Girls Club of Central Orange Coast, 17701 Cowan, Suite 110, Irvine, CA 92614.

There will be a funeral service on Friday, January 15 at San Francisco Solano Catholic Church at 22082 Antonio Parkway, Rancho Santa Margarita at 10 AM.  This will be followed by the interment at Christ Cathedral Memorial Gardens located at 13280 Chapman Ave., Garden Grove at 12 PM.