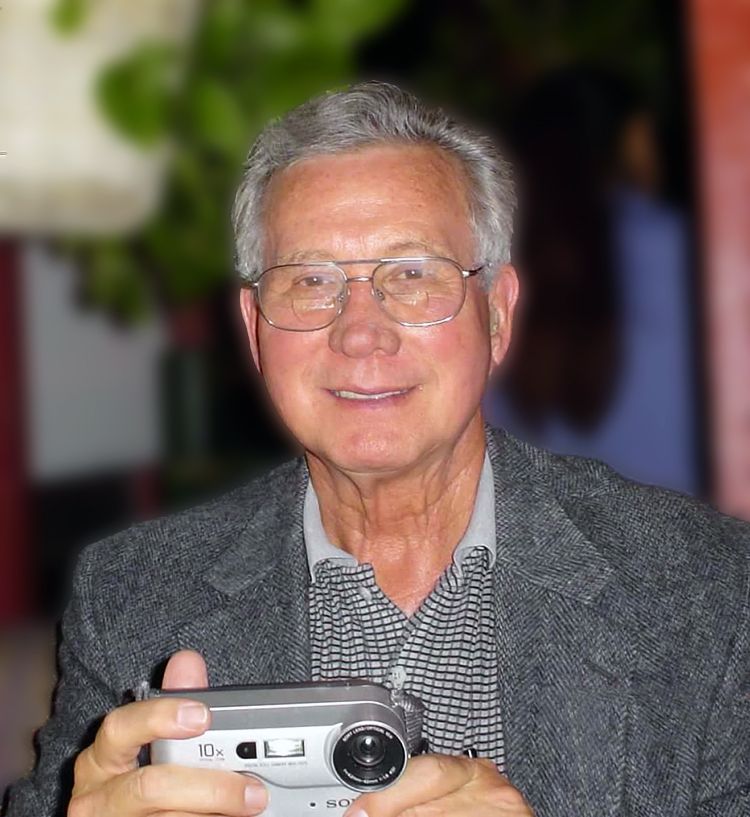 Passed away at home after nine months in hospice

David Wall is survived by his wife Dianne Wall of 35 years, his children, Evan and Dana Wall and his grandchildren, Kaliah, Bethany, Felix, Katarina, Frida, Owen, and Noah. He has three great-grandchildren: Reon, Serenity, and Enosuke.

Dave was the youngest of nine children born in Bellflower, CA, on June 23, 1932. He was a graduate of Long Beach State College and a proud Navy Veteran.  Dave worked as a cost analyst and aerospace engineer over the years for McDonnell-Douglas, Boeing, and finally at Edwards Air Force Base.  He also had several of his own businesses including a plant nursery and a construction company.

Dave, as his daughter recently put it, was truly a renaissance man.  He had so many interests; photography, painting, history, genealogy, and writing, and he pursued all of them with great passion.  He was always open to new things like the ballet classes he took with his wife, Dianne, early on in their relationship, and smiled bravely through the pain because he was learning a new skill. His daughter would say he would have done anything to impress Dianne.

In the year 2000, Dave wrote a book, NFL Gone Wrong.  He self-published and the local San Clemente bookstore had a book signing for him.  They said their sales were higher than they had ever been, a claim of which Dave was very proud.

His daughter Dana Wall found this prayer in memory of her father:

A prayer for my Dad

Dear God, I gratefully Thank You for giving me my Dad. You must really love me because you gave me the best you had.

Watch over him and Bless Him Lord
And keep him in your care.
And may he feel my Love for him,
Is my humble heartfelt prayer

The righteous man walks in integrity; his children are blessed after him.