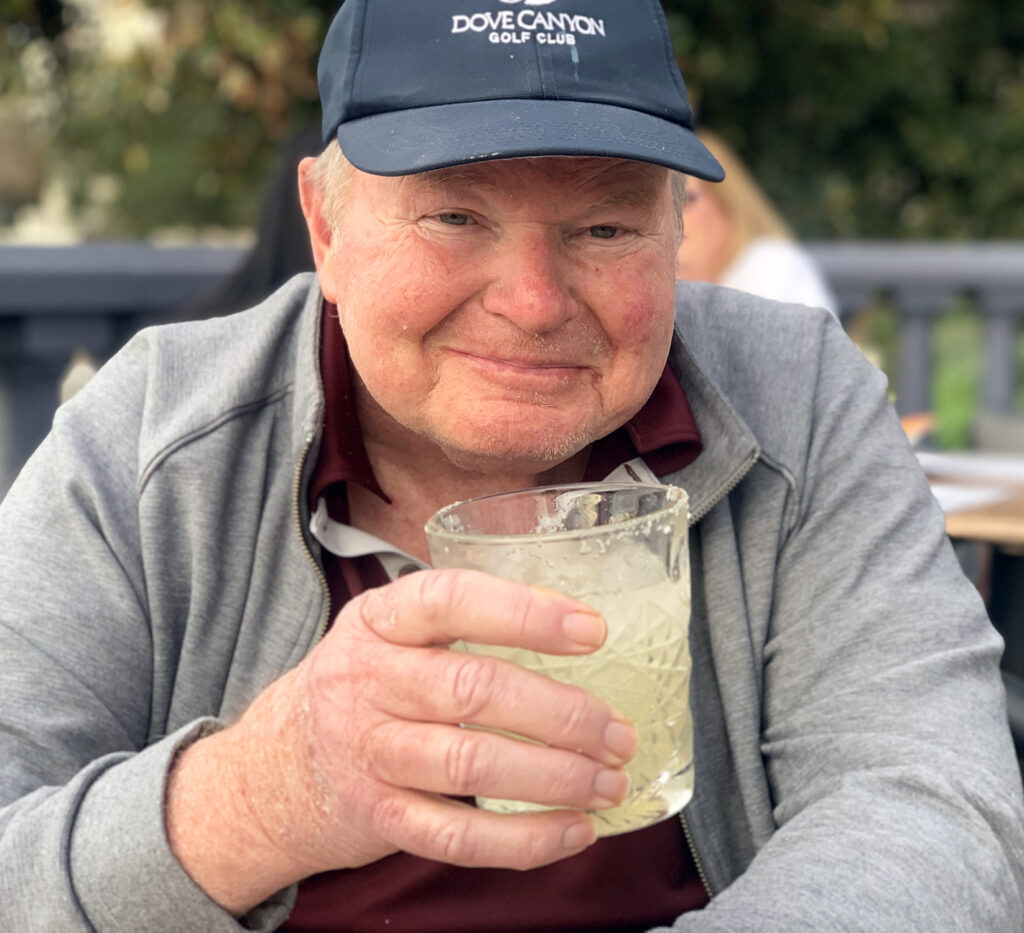 Dave was born in Chicago on April 19, 1956, the youngest child of Walter and Lillian Braun. He was raised in Park Ridge, Illinois, with his two brothers, Walter and Donald, and his sister, Linda. He attended Miami University in Oxford, Ohio, where he met his future wife, Paula. David and Paula were married shortly after graduation at Kumler Chapel on campus. David earned his MBA from Kellogg at Northwestern during their first year of marriage.

After David graduated from Northwestern, they moved to Detroit, Michigan, where Dave began his career at Comerica Bank. He retired from Comerica as Senior Vice President, Director of National Dealer Services after working there for almost 40 years. It was in Detroit that they welcomed their daughter, Elizabeth “Lizzie” Braun. Five years later, while living in Ohio, they welcomed their son, James “Bud” Braun.

Comerica moved David and his family to California where he stayed for the rest of his life. He further developed his passion for good wine, golf, scotch, and woodworking. Both of his children fondly remember working in the garage with him on special projects, but especially remember building equipment for the Intervention Center for Early Childhood as a part of Bud’s Eagle Scout Project and Lizzie and Paula volunteered.

David and Paula were avid golfers and members of Dove Canyon Golf Club for the last 30 years. They loved this community so much that they moved to Dove Canyon after David’s retirement so they could be close to the golf course.

David was diagnosed with Parkinson’s and dealt with the struggles that come with this disease. He never lost his faith in God and it only strengthened as time progressed. He loved his family deeply and they loved him. Even while struggling with Parkinson’s, he never lost his dry sense of humor and continued to make jokes until the morning of his death.

David was a pillar in the community and was recognized with the Silver Beaver Award from the Orange County Boy Scouts, served as a Deacon at Irvine Presbyterian Church, and served many years on the Colony Community Association Board of Directors.

He is survived by his wife, Paula, and children, Elizabeth and Bud, brother Walter E. Braun and his wife, Linda Marie, Dr. Donald P. Braun, and Linda Olson and her husband, Bill, along with a large extended family.

In lieu of flowers, please consider making a donation to the Donna Clervi Foundation for Parkinson’s, Orange County Boy Scouts, or Miami University in Oxford, Ohio.