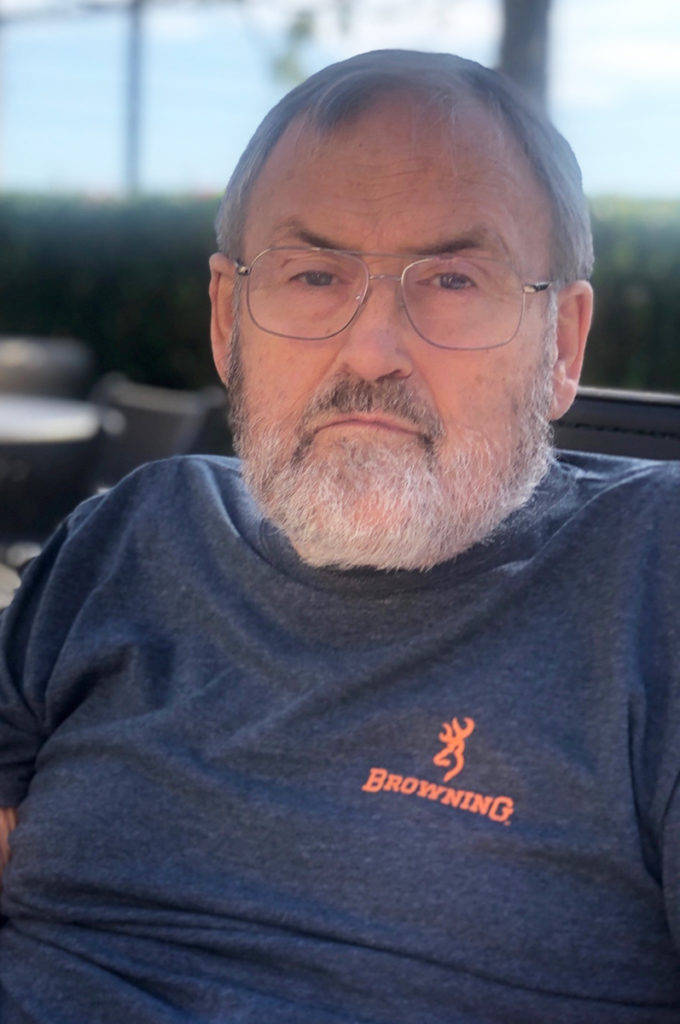 David Edward Allen died peacefully at his home in Mission Viejo, California on Saturday November 14, 2020 at the age of 72.

David was born in Portsmouth, Virginiaon May 17, 1948, to Captain John Henry Allen (USN) and Alice Loretta Schaub.  The family traveled where the Navy led them and David was fortunate to be able to travel abroad as a young child.  The family lived in England and traveled across Europe with his father’s Naval duties and his mother’s volunteer work.  The family returned to Virginia and stayed in the Washington area until the Navy moved them to Point Loma in 1959.  David loved San Diego.  He spoke fondly of his paper route on Point Loma and fishing in San Diego Bay.  Despite the travel and coast to coast moves, the Allen family had firm family roots in Michigan and David spent many summers there on the family homestead in Leelanau County.

When David’s father retired from the Navy in 1962, the family moved north to Orange County and settled in Fullerton.   He attended Servite High School in Anaheim, California and graduated with the class of 1966.  David wanted to follow the family’s naval tradition and joined the Navy soon after. He completed boot camp at the famed Naval Training Center San Diego.  Unfortunately, David’s dream of a Naval career was cut short for medical reasons and he returned home to Orange County and began his career as an automotive mechanic.

It was during this time that David met Claire Cone Kelsey.  They married on June 14, 1969 and welcomed daughter Kelsey in March of the following year.  The couple made a bold move to a new community in south Orange County and bought one of the first homes in the Coronado neighborhood of Mission Viejo.  John Henry Allen II joined the family in April of 1973 and the family was complete.  David worked for a variety of car dealerships and automotive shops until 1979 when he had the opportunity to work for Mobil Oil and thus was the beginnings of Mission Viejo Service Center.  David and Claire ended their marriage in 1984 but remained friends until his death.

As Mission Viejo Service Center grew and David developed an impeccable reputation for being the best mechanic in the area, he was able to engage in hard earned leisure activities.  David loved to hunt and earned the nickname “Bear Man”.  He traveled north American and hunted big game from California, to Wyoming, to Victoria British Columbia and Northwest Territories.  He also loved taking people out on his boat and often hosted family and friends on fishing trips or water-skiing adventures in Mission Bay.  The success of Mission Viejo Service Center allowed David to engage is philanthropy and he donated his time and skills to helping a local church and his customers in need.

David was a staunch supporter of his children’s sporting endeavors in Track and Field.  He never missed a track meet, an opportunity to mark throws, or to brag about their accomplishments.  One fabled story has David sneaking to the location of the California Interscholastic Federation’s track and field finals in the dead of night to give a certain discus ring an acid wash.

David’s family continued to grow; he began welcoming grandchildren into his life in 1992. It was also around this time he added his beloved companion to his life a Black Labrador Retriever, he named Montana.  David loved having his grandkids around the shop, there was always something new to teach or a life experience to share.

In 1999, David met the last love of his life, Tina Michelle Tyndall and his family grew to include her two daughters, Michelle and Kimberly. They married in 2004. David loved his family above all else and sacrificed so they would not want or need anything.

David’s drive and work ethic took its toll on his body and after countless surgeries, he could no longer work on automobiles and Mission Viejo Service Center closed its doors in 2007. David begrudgingly entered retirement.  He enjoyed working on his computer, reading, playing with his beloved cats Remington and Ruger, working in his yard and enjoying his grandkids any chance he had. David’s physical body continued to fail him but his spirit and the support of his wife, Tina, he still enjoyed many activities.  He never stopped talking about taking his grandchildren fishing and hunting.

David was preceded in death by his brother John Lee Allen, his parents John Henry Allen and Alice Loretta Schaub and his son-in-law Brian Hurlburt.