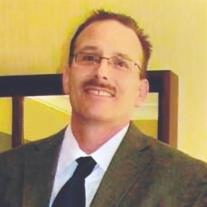 David Alan Beaulieu, 49, of Rancho Santa Margarita succumbed to myelofibrosis cancer, after a brave enduring fight, surrounded by family on September 2, 2015 in the City of Hope Hospital of Los Angeles.

David was born on September 8, 1965 in Nashua, New Hampshire. His mother is Helen Cohran, who is deceased and his father, Norman Beaulieu, continues to reside in New Hampshire. As a child, David loved the outdoors, loved being self-reliant and one with what this world had to offer. Above that, David loved what America had to offer. With the love David had for his country, he decided to join the Marines and follow in his father’s footsteps. At the age of 17 he joined the United States Marine Corps. David then started a journey that he was unaware of, starting with his love and dedication for his nation, going on a blind date with Anie Camo at the time, a woman who would then become his wife, and leading to building a family and a life in Orange County with his one true love and 3 boys, Justin, Jacob and Joey.

David fought for his country with every breath he took, and wanted nothing more than to serve and protect his nation. He quickly moved his way up to Sergeant in the Marine Corps and continued to serve his country for 10 years. After leaving the Marines, David then worked as a CNC machinist building technical parts for aircrafts such as Boeings.

David loved the outdoors, and would frequently take camping trips with Anie and their boys. If he wasn’t camping, he would be at the beach fishing off the pier, riding waves on a body board, building sand sculptures with family and or taking a drive with the family to unfamiliar territory to enjoy family time. He took pride in many things, for instance his love for music, which then translated down to his sons. Him and Anie would constantly look for concerts to attend to, and one of his favorite bands to see live, was Dave Mathews Band. He and Anie would frequent the concerts as much as possible if Dave Mathews Band was playing in Irvine.

David was huge on family, not only would him and Anie encourage adventure with their three sons, but their invitations to excursions and adventure were always extended to all nieces, nephews and their sons friends. He and Anie, loved being part of the bigger picture and never limited the invitations to other family members and even their sons friends became part of the family, instantaneously.

David Beaulieu was a man of honor, love, passion, guidance, and support. David not only gave his all in this final bout with his health, he also made sure everyone around him did not worry about him and his struggles. He has brought so much light, laughter, stories, and love to his friends and especially his loved ones. Words cannot even express the loss we have experienced.

Viewing will take place on Tuesday September 8, 2015 at 5:00pm – 9:00pm at O’Connor’s funeral home – 25301 Alicia Parkway, Laguna Hills, Ca 92653. The Service will take place on Wednesday September 9, 2015 at 1:00pm at O’Connor’s funeral home. The reception will follow after the service and details will be announced following the service.

In lieu of flowers, donations can be made to Mrs Beaulieu and children In Memory of David Beaulieu by april tatlonghari. Please use link http://www.gofundme.com/yg3kpje8.

Thank you very much.

15 responses to David A. Beaulieu