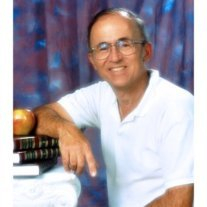 Dave Oberlander, 68, of Irvine passed away unexpectedly at home on May 14th. He was born on November 1st, 1944 in Denver, Colorado.

After a move to Southern California in his teens, Dave would graduate from South High School in Torrance in 1962. He then enrolled at University California Los Angeles (U.C.L.A. – Fight! Fight! Fight!) where he studied math and psychology. While at the University, Dave was a proud member of the UCLA marching band, participating in the 1966 Rose Parade and Rose Bowl Game (The good guys won. UCLA 14 – Michigan 12). Dave would leave the university with a teaching degree, a love for UCLA, and a lifetime of stories to tell his two sons.

Upon graduation, Dave took a teaching position at the Los Angeles Unified School District. After a few years, he moved to the Compton Unified School District. Over the next three decades, he would teach nearly 1,000 children. Dave had an extraordinary passion for teaching that showed when he interacted with young minds. Countless off-hours were spent by him studying and improving the curriculum in hopes of furthering the education of his students. He truly loved being around them. And on numerous occasions those students and parents personally thanked ‘Mr. Oberlander’; he had made a difference in their lives.

A resident of Woodbridge Village in Irvine for the last 33 years, Dave was an active participant in the local community. He served on the Alderwood Elementary School site council, wrote numerous letters to the editors of local newspapers, rode with the Bicycle Club of Irvine, worked with his sons’ respective boy scout troops, and much more.

He kept busy in his free time. Dave was an avid shutterbug, an admirer of Yosemite and Death Valley, a faithful player of the nickel slots, a fan of Simon and Garfunkel and other folk music, a lover of mathematical puzzles, a student of tennis, and an ardent reader of the Peanuts and Doonesbury comic strips, as well as the latest spy novels; Dave had many hobbies and favorite activities. And who can forget his abilities in the kitchen; from Mexican pizza to ‘loaded’ burritos and chocolate chip cookies to towering apple pies, Dave was often masterful in his culinary adventures.

He was a storyteller. Whether it was a bedtime story that was made up on the spot featuring colorful characters like ‘Eric Bodo the Penguin’, long car rides where ‘The Legend of Falling Rock’ was told, the famous hood nut incident, or some other tall tale designed to pull the leg of one of his two sons, Dave was always ready to spin a good yarn.

He was a fighter. Diagnosed with a brain tumor in 1986 and only given a few years to live, Dave worked extremely hard to return to a normal life, most especially his teaching career. He went on to face numerous other health challenges over the years that he dealt with bravely and determinedly, culminating with his decade long battle against Parkinson’s Disease. He never gave up.

Dave is survived by his wife of 40 years, Cynthia; his son, Dave Oberlander (Genevieve), of Goodyear, AZ; his two amazingly sweet grandchildren, Kyra and Liam; and his son, Stephen Oberlander, of Irvine, CA.

He is also survived by his step-mother Mildred Winders Oberlander, of Fullerton, CA; his brother Joseph Oberlander, of Ogden, UT; his sister, Sharon Novell (Robert), of Arcadia, CA; his cousins, Suzanne Oberlaender, of Glendale, CA, Jacqueline Gish (David), of Glendale, CA, and Franklin Oberlaender, of Berlin, Germany; as well as many nieces and nephews.

Dave also leaves behind the family dog, Jackson, who Dave deeply adored and often said was ‘the best damn dog we ever had’.

He was preceded in death by his parents, Fred David Oberlander and Noreen Winifred Martin; and his sister-in-law, Paulette Oberlander, of Ogden, UT.

Dave was our friend, our counselor, and our protector. He will be missed. But ‘how lucky (were we) to have something that makes saying goodbye so hard.’ – A.A. Milne

The family respectfully requests the consideration of donations to the Michael J Fox Foundation for Parkinson’s Research.