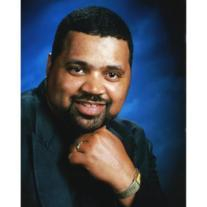 Pastor Daniel ‘Danny’ Crutchfield, Sr. born May 23, 1961 was ushered into the presence of God on March 2, 2011, following a courageous battle with cancer. Born to the late Charles George Crutchfield, Sr. and Edith McKissick Crutchfield, in McKeesport, PA, Danny received his education in McKeesport, Pennsylvania where he graduated with honors. He enjoyed many activities excelling in the Math Olympics and Chess. After a brief period with the Air Force Reserve as a Security Specialist, he came to the California coastline in July 1984 where he married his beautiful bride Melissa Tillman. Together Melissa and Danny have 3 amazing and talented children; Charmaine, Daniel, Jr. and Joshua along with their ‘adopted’ son – Trent Tomasino, one of Daniel Jr’s best friends who spent many nights at the Crutchfield household.

Danny was self-employed for many years as a Real Estate liaison. His love of numbers gave him opportunities to help countless numbers of people navigate the challenging real estate market. Danny’s magnetic personality allowed him to make friends very easy. And, coming from a large family, it was necessary for him to develop good social skills quickly, just to survive! Danny greatly enjoyed fellowship with his Tumbleweed neighbors, especially playing a community game of tossing the bean bag called ‘corn hole’. And he enjoyed the annual neighborhood block party, ‘A Taste of Tumbleweed’, as one of his favorite past times. Danny was passionate about two things; His family and God. Danny’s passion about his family was obvious, as you could often see him going to school events with his children, coaching basketball at the community center, and spending time with his friends. Having wrestled in high school, he also enjoyed watching wrestling in his spare time. He loved taking trips to the beach with his wife and children and then teasing his siblings that lived on the east coast about the weather!

Daniel accepted the call to preach the gospel of Jesus Christ while attending Calvary Baptist Church in Santa Ana and was licensed to preach under the tutelage of Pastor Thomas Shipp. Later Daniel joined Bible Enrichment Fellowship International Church of Inglewood, California under the auspices of Apostle Beverly Crawford and walked in the office of ‘Pastor Danny’. While there he joined Pastor Marla Brown in working with Slam Dunk a youth ministry. For those who knew him best, they know he loved gospel music, namely Fred Hammond, along with preaching and testifying about the Lord Jesus Christ. Danny had a contagious love for the Lord that prompted him to challenge everyone he met with the gospel. Sharing the message of God’s love was one of the most important things to him. At the same time, Danny loved to have fun. Danny enjoyed bowling, basketball, and playing board games like chess, but he was exceptionally fond of playing card games. He was an excellent Bid Whist and Spades player taunting everyone he could to beat him with his favorite partners, cousin Harry Thomas and Pastor Vernon Mothershed. Danny could often be seen driving his car in his favorite cap, Steeler shirt, and leather gloves. There are many words that could be used to describe the attributes of Danny’s character: faithful servant, loving husband, passionate & supportive father, trustworthy brother and uncle, dependable friend but he will be best remembered as a child of the King.

It is difficult to find words to adequately express our thanks and appreciation to everyone who has helped us during this difficult battle. We will be forever grateful for the expressions of love from our ‘Tumbleweed Street’ family and for their continual outpouring of love and support over these past years.

In lieu of flowers, friends are welcome to contribute to a Benevolent fund for his children in Memory of Danny at