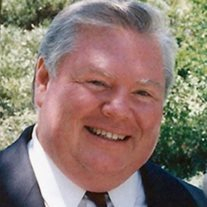 The second of six children, Dan was born October 26, 1946 in Whitehall, Wisconsin to Rita Catherine Malone and Daniel Francis Fitzpatrick. He died at home in San Clemente, California of cardiovascular issues on August 25, 2014 at the age of 67. He grew up in North Hollywood, California where he attended St. Patrick’s Catholic School. His family moved to Bergenfield, New Jersey when he was in the ninth grade. He graduated in 1964 from Bergenfield High School.

While at Bergenfield High School he met his lifelong sweetheart, Maureen Jeanne Boos. They where married at St. John’s Church in Bergenfield, New Jersey, on March 28, 1965 and had three children: Kathleen, Daniel, and Kelly. The new family spent the first few years in Lake Hopatcong, New Jersey. Dan worked as a photographer for the FBI and studied at Fairleigh Dickinson University. He became a licensed electrician and moved to Mission Viejo, California in 1973 while working for Mosler.

In 1975 he began his long career as an entrepreneur by starting his own electrical contracting business, Fitzpatrick Electric, installing electrical systems in commercial and residential buildings. In 1984 he and his business partner started Counterpointe, a real estate and business development company in Laguna Beach. Counterpointe developed residential and commercial buildings, hotels, and restaurants. In 1988 Rosa’s Italian Restaurant (high-end Italian dining) in Ontario was developed and is still owned and operated by Counterpointe. They also created The New York Grill (a steak house and jazz venue) also in Ontario that was sold in 2012. Counterpointe also ran an NASD broker dealer and various companies in the insurance industry.

In the 1980s he put his three children and his wife Maureen through UC Irvine where the kids each earned a Bachelor degree and Maureen her PhD.

Dan was well loved by those he served and worked with. For 30 years he was avidly involved with helping people overcome drug and alcohol addiction. He operated two recovery homes and attended countless meetings and counseling sessions with those in recovery. He always saw the potential in people and believed they could change and achieve their potential through learning and relying on God.

Dan enjoyed the ocean immensely. Boating and fishing were a great love of his. He spent many days enjoying the surf at Capo Beach and Laguna Beach. He will be buried at sea off the coast of Capo Beach following the funeral service.