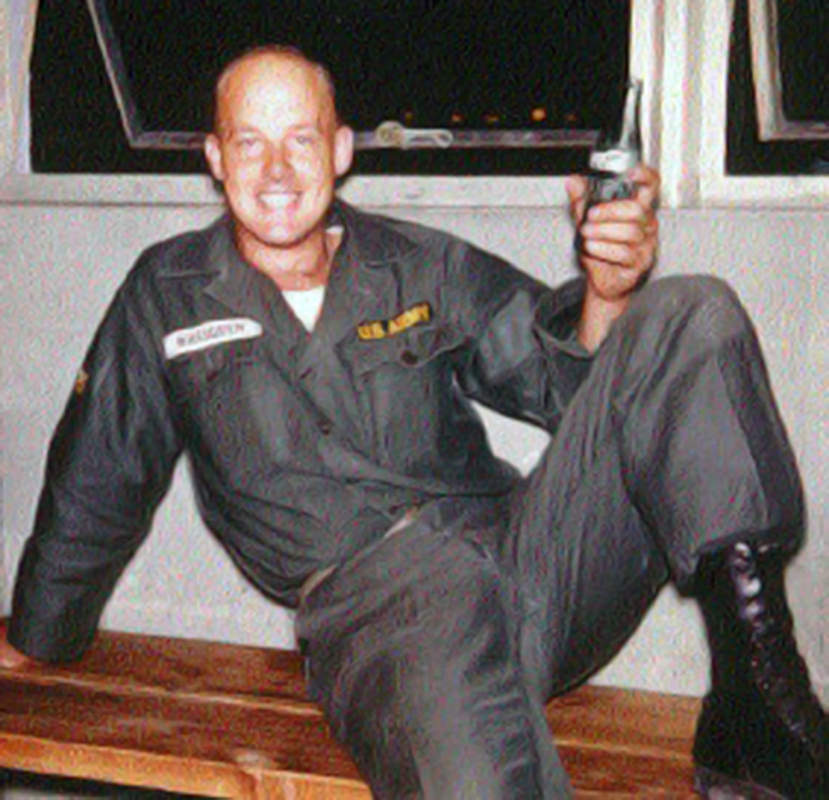 Daniel “Danny” Wassgren – was the best dad, uncle, grandpa, coach, friend, mentor and much more EVER! He wiggled his ears on request and gave excellent shoulder rides no matter how tired he was or big you were.

Dad had a great big belly laugh and cried when he laughed too hard, and he was the first to make you smile.  He patiently taught you how to hit a softball (especially if you weren’t very good), coached the Born Losers, RipSnorters and the Gold Diggers, and other Downey Ponytail Softball teams, and hit balls with his girls for hours.

Dad went to work early so that he could be home for practices and games. He taught offensive and defensive basketball in the backyard court that he made for his daughter Sonja and practiced every single night until it was too dark to see the rim.  Dad also set up a pitcher’s mound on the lawn with a rubber and the home plate perfectly measured to drill when they were not playing basketball. He was the original “girl Dad” and very proud of it.

He drove motorcycles with brothers, sisters, nieces, nephews, and daughters in Apple Valley on weekends that didn’t require games.  He made countless trips up the 5 to Lodi and drove 24 hours straight through to Iowa every summer. As a grandpa, he drove way past “just up the road ” to Boomers at Delaney’s request.  He kept going until they got there 45 minutes later. Then they played, got mounds of tickets, and brought her home sleeping.

Danny was born in Maywood, CA. on May 27, 1934, to endless community volunteer Leila and meat butcher Joy.  He rode the red car to Los Angeles, went to the grand movie theaters, and watched the Dodgers play at the Coliseum. He built box cars and raced them with his brothers. The boxcars turned into hot rods. Dad could have fit into the movie Grease or the outsiders. Jeans and white t’s.  He was more of a Pony Boy than a Danny Zuko.

He met his future wife as a young boy visiting his grandma and other relatives in the tiny little Swedish town of Harcourt, Iowa. Beverly was a girl from the only Irish Catholic family in the town full of Lutheran Swedes.  It only took him three proposals and Beverly “following” him to California (or as she says, “she came to teach”) before she became his wife December 30, 1961, at St. Rose of Lima Catholic Church.  Daughter Danelle followed a year later.  They moved to Downey in 1964 to a house they bought for $27,000 on Julius Avenue. Dad converted to Catholicism because he didn’t like his family going to church without him.  He developed a strong Catholic faith that stood with him through the ups and downs of life.  The stomach flu of 1970 turned out to be the arrival of Sonja in July 71.  Dad would have had a whole football team of children if he could.  He loved children so very much.  He doted on his nieces and nephews from both sides of the family. Uncle Danny was a favorite.

Dad was kind, full of faith, loving and strong. He was taught by his dad to never judge another by their position in life or their skin color.  But one thing that he could not tolerate is men (or women) judging his daughters by their gender.  That was inexcusable. On one occasion, he sent his daughter to pick up a new battery for the car.  The young kid at the auto parts store gave her a hard time and teased her.  She came home angry; he went down there, livid!  The young man got a lesson he would never forget, and she got an apology from a very embarrassed young man.

Dad had dyslexia, with which he struggled.  One of his daughters and one of his granddaughters dealt with it too.  Because of his difficulties, he knew how hard life could be. Have a poor grade? Got a bad test score? There was just one question from dad, “Well, did you do your best?”  If the answer were “yes,” then his comment back would be, “then you did the best you could do.”  If the answer was no, a simple response, “then you know what you have to do next time.”  Most of the time, the response was the latter, which was all we needed to know that we had let ourselves down.  He didn’t have to yell or be disappointed.  We were more disappointed in ourselves than he could ever be with us.

There are not enough words and too many words to leave on this page. The stories are endless; the memories are ingrained in each of us.  Dad left a legacy that will live through all of us.  Life will be hard without him here. But he did everything right raising us when he was.  He set the example for us all, as a husband, a father, an uncle, a brother, a friend, a coach, and as a man of faith.

Danny leaves behind his wife Beverly of 59 years, his oldest daughter Danelle Nagel, son-in-law Dwayne, his adorning best friend, granddaughter Delaney Nagel, youngest daughter Sonja Morgan, son-in-law Court, grandsons Xander and Ryder Cruz Morgan, and granddaughter Gemma Morgan. He also leaves his sister Joyce (Joe) Clifton, brother Carl Wassgren, sister-in-law Mary Beth (Elmer) Sporleder, brother-in-law Tom Robertson and Ronnie Hickey, and sister-in-law Marge Wassgren.  A whole host of nieces, nephews, great-nieces, nephews, and more throughout the country will hold his memory close.  And we cannot leave out his special family of dozens of priests and nuns throughout the years.  A special thank you to Father Theo, who drove hours to be with him on the day he passed, and special family friend Bishop Philip Egan of Portsmouth England.

Danny will be buried in a private ceremony at the Orange County Catholic Diocese’s Christ Cathedral Memorial Gardens in Garden Grove.  Due to Covid-19, a separate mass and celebration of life (party) will be held later when all his multitude of family, friends, and anyone who loved him can celebrate him the way he would have wanted with smiles, love and lots of laughing.

If you would like to be notified of the date and time for the future celebration, please email mysoni@cox.net. 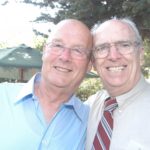