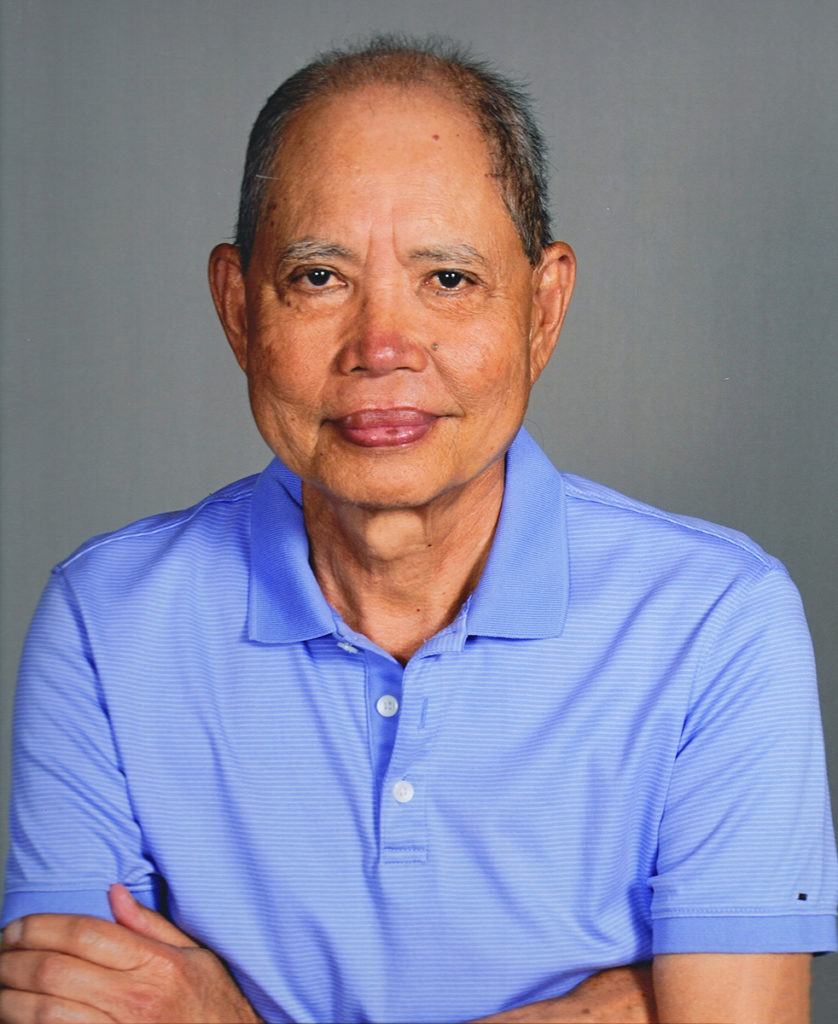 After living a good full life with lung cancer for 6 years, Damasceno Maun Maglalang passed away peacefully on Saturday, June 20, 2020 at 7:12 am with his son and daughter-in-law by his side. He leaves behind his wife of 44 years, Magdalena Evelynne; their son Paul and daughter-in-law Mary Anne and his beloved grandchildren, Madelyn and Ellie.

Damasceno or fondly known as Dax, was born on March 27, 1947 in Santa Ana, Pampanga Philippines to father, Arsenio Maglalang and mother, Constancia Maun Maglalang who predeceased him. He grew up in a large, loving family with 2 sisters (Nerissa and Antolinda) and 4 brothers (Florante, Abraham, Christopher, and Lawrence). Dax immigrated to the United States in 1975, and worked as Civil Engineer for 30 years for the County of Orange. Dax married Evelynne on December 18, 1976. They settled in Lake Forest. There, they raised their only son, Paul. Dax lived a great life and provided well for his family. He always opened his home to those who needed help, whether they were family or friends. He always shared his blessings with those in need. Family was very important to him. He loved traveling and going on cruises with his wife and family. He enjoyed playing pelota when he was still in the Philippines and switched to tennis and later on golf, an avid mahjong player, loves going to the movies and enjoys driving his grandchildren to and from school. When he was diagnosed with lung cancer 6 years ago, his only wish was to live a few more years so he can enjoy and be there for his grandchildren. He was never afraid of dying given his strong Catholic faith. He remained strong and positive, continued his healthy lifestyle- eating well and walking around the neighborhood daily. Dax remained brave, even throughout his final weeks and days. Three weeks ago, he asked Fr. Tom to come and give him the commendation. Dax requested no viewing and to be cremated and buried at Ascension next to his parents and older sister. The family would especially like to thank Kaiser Hospice team, especially Dr Kim and his primary RN, Richmann for their constant attentive, compassionate care and his nighttime caregivers, Nikko & Ryan who patiently sat with him for almost two months.

Family also would like to extend their appreciation to those family and friends who prayed, rallied and provided meals these past months and the endless support, love and care they provided during these difficult times. Special thanks to Fr. Thomas Paul K. Naval who have been giving him blessings through all these years, from the time he was diagnosed and up to the night before he passed and who continuously includes him in his daily celebration of the Eucharist.