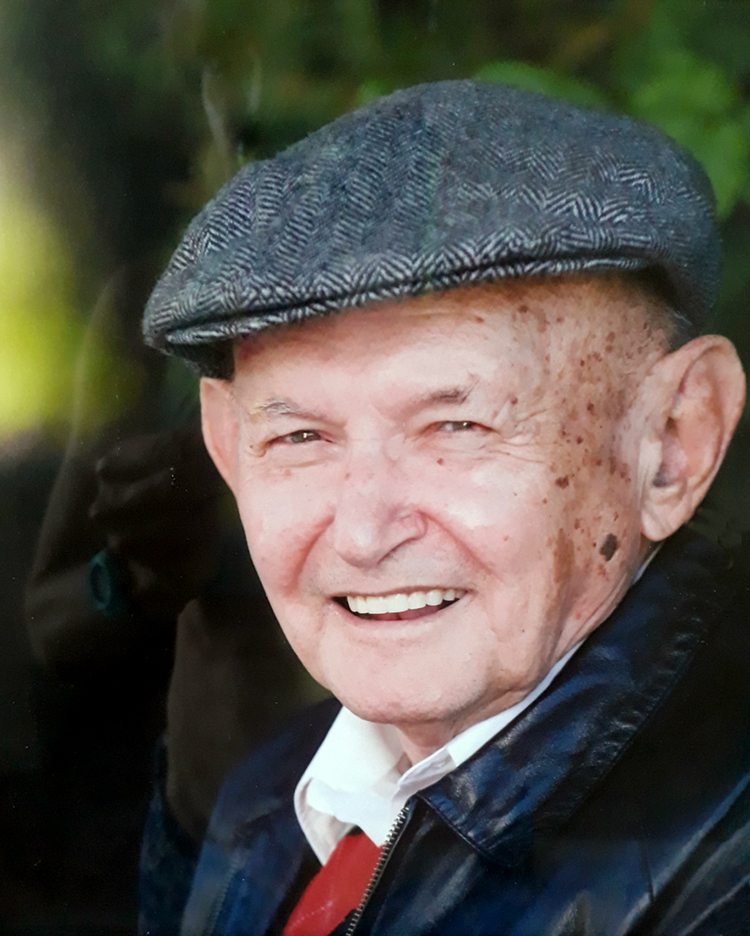 Dale L. Knapp left this earth peacefully on Tuesday October 6, 2020 to go dance in the clouds with the angels. He passed away in his home in Laguna Woods, surrounded by his family.

He was born in the small town of Sharon, Pennsylvania on January 27, 1926.  At the tender age of 18, in 1944, he dropped out of high school and joined the navy. Having never before seen the ocean, he was thrilled to be assigned to the USS Lloyd E. Acree; a Destroyer Escort ship.   He fell in love with the sparkling turquoise waters and white sandy beaches of the South Pacific and Okinawa islands.  He also gained a greater appreciation for life, and whet his appetite for furthering his education.

When Dale returned home in 1946, he was accepted at Thiel University where he earned a Bachelors Degree in Economics.  He continued on to earn his P.H.D. in Education at Ohio State University in 1959.

His first teaching job took him to the beautiful Rocky Mountains of Aspen, Colorado. It was there at a small scenic schoolhouse that he met and fell in love with one of his students, who would ultimately become his wife. Muriel June Sandstrom and Dale Leo Knapp were married in Denver, Colorado in 1956.

Together they moved across the country to Southern California and raised 3 beautiful daughters: Kimberly, Courtney and Cecily.  Dale loved his girls more than anything in the world, and was known to tell tales of how raising three girls led to his bald shiny dome. Photos of him at an earlier age however, revealed that he in fact had started balding long before any of his girls had a chance to cause him many sleepless nights. He also used to love making them laugh by wiggling his big ears and tickling them while sitting in his big white rocking chair.

Dale worked as a Professor “teaching teachers how to teach” or Secondary Education, for more than 40 years, at Cal State University Los Angeles.   Some of his fondest family memories include the two years he and his family spent in South America, where he had been chosen to help rewrite the teaching curriculum for teachers who taught in Brazil. He also had fond memories of the many camping trips the family had taken when the girls were small. They drove a VW camper from California to Pennsylvania every summer, to visit his mother and family. Many a night were spent at Kamp Grounds of America, and the girls tell a hilarious story of their father. One summer after he was tired of  having to stop for potty breaks, he bought a make shift porta potty and took it upon himself to do a mock demonstration of how to use it.

He retired from teaching in 1998 and spent many happy years residing in both San Clemente and Laguna Woods.  He maintained a very active lifestyle during his retirement years. Favorite past times were ballroom dancing, walking, and beating his buddies at a good game of ping pong. He was also an avid reader, Fox News aficionado, and loved a good Western, especially one that featured a “dish” as a leading lady.  Some of his favorite places to eat were Proud Mary’s, Fisherman and the Brig in Dana Point Harbor,  Calif. Closer to home he enjoyed eating at Laguna Café, where the owners always made a fuss over him, as well as Jolandas Café and the Village Green in Laguna Woods.

Dale also loved the music of the Golden era. He was especially fond of the great American crooners, like Frank Sinatra and Tony Bennet. He never missed an opportunity to spend time with his daughters, whether it be eating at a seaside café, whale watching, or hanging out in his living room.  He instilled in them a great love of the outdoors, honesty, strength of character and independence. And to anyone who was lucky enough to know him, he was a tremendous role model of how to live a long, happy, healthy life, filled with integrity. He is survived by his 3 daughters, Kimberly, Courtney and Cecily, son-in-law Nelson Thurn and former spouse Muriel Knapp, his sister, Mary Rita Matias as well as many nieces and nephews, and his lifelong best friend Dick Magner. He is predeceased by his mother, Sadie Knapp and his sisters, Helen Cooper, Ethel Molaskey and Leona Rissell. He will be deeply missed and is forever in our hearts.  No stronger guardian angel for the Knapp clan could have been asked for.

In lieu of flowers, please consider a donation to the Community Library of the Shenango Valley in Sharon, PA, https://www.clsv.net/donate