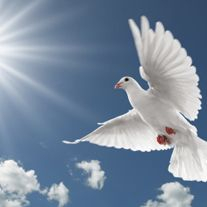 Curtis Sharpe Roehrs, 80 years 4 months and 22 days of Mission Viejo, CA, died on May 22 at their home in Casta del Sol. Curtis was born June 24, 1931 in Defiance County, Ohio and was brought into the faith of our Lord Jesus Christ through the waters of Baptism in the Lutheran faith, becoming a child of God on July 4, 1931 at the age of 2 weeks as was the custom then.

He attended St. John’s Parochial School and Jewell High School and was an Air Force veteran, serving in the Korean War as an aircraft mechanic. He worked in the aerospace industry for many years both on the Atlantic and Pacific coasts. Later he owned and operated two Sir George Franchise Restaurants in Norwalk and Downey, CA.

He was a lifelong member of the Missouri Synod Lutheran Church and was active in stewardship and served as an usher for over 30 years. After his son Kurt was confirmed, he and Kurt became a father-son team on Sunday morning.

He is survived by his wife, Marilyn Marshaus Roehrs, Mission Viejo, and three children, Lynn Harding, Karen Smick and Kurt Roehrs. Also surviving is his sister-in-law Ruth Marshaus Roehrs, wife of his deceased brother Paul in Defiance, Ohio. There are 5 grandchildren, Jonathan, Stephan, Kyle, Gracen and James plus 3 great-grandchildren, Connor, Landen and Ryder.

He received a Bachelor of Science in Mechanical Engineering in March 1958 from Tri-State College, Angola, Indiana.

For the 55 years of marriage to Marilyn, Curtis always told his family, “With God all things are possible!”

Preceding Curtis in death are his parents, Helen and Hubert Roehrs and a brother, Paul.