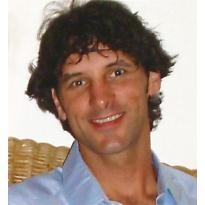 Cristian ‘Kip’ Cherrison was born in La Mirada, California to Larry and Sheryl Cherrison. During his early childhood, the family moved to Whidbey Island, Washington, and again to Montana and Houston, Texas and then the family established in Redding, California in 1982. There he attended Liberty Christian High School and went on to attend Christian Heritage College San Diego, Simpson College Redding and then attended Nyack Christian College in Nyack, New York on a basketball scholarship.

After college, Kip moved to Colorado Springs, Colorado for a short while and then back to Redding, where he adopted his best friend and golden retriever, ‘Creep’, in 1997.

In Redding, Kip worked as a mentor and counselor for high-risk youth and excelled in the field of sales. He moved to Seattle, Washington in 2001 where he owned his own ecological exterior home care business. He met his wife, Laura Rose Peterson in the Cascade Mountains at Snoqualmie Pass, where he lived and worked for the Summit at Snoqualmie ski resort selling ski and recreation packages to college campuses and various groups.

In 2009, Cristian and Laura moved to Southern California living in Los Angeles, where he worked as a systems design and sales representative with Acro Energy Solar. The couple married during the sixth year of their true love and friendship on 10/10/10. They moved to their home in Mt. Baldy, California where Cristian worked in various sales, volunteering at the Mt. Baldy ski lifts out of his purehearted love for snowboarding, the wilderness and the mountains. In February 2011, he was hired by the prestigious Real Goods Solar Company where he was named top salesman of the month in July 2011.

Throughout his life Kip enjoyed basketball, snowboarding, reading, camping, wakeboarding, fishing and laughing with his friends and family. Wherever he went, people were drawn to him to experience his ever loyal friendship and pure goodness.

Cristian was a man blessed with extraordinary attributes, who strived to live a life of excellence. He was generous, loyal, witty, forgiving, tenderhearted, hard working, kind, and caring every day of his life. He was always available to his family and friends. His legacy will be the true loyalty, respect and love that he left with every person he knew. His dream was to travel with Laura through Mexico and Central America in their little motor home named ‘La Pepita’.to find adventure, learn the language and to raise a child who would be born with dual citizenship and be bilingual. Some of Kip’s clothing will be donated to a missions outreach in Mexico, fulfilling that part of his dream.

He is survived by his wife, Laura; his parents, Larry and Sheryl; his sisters Charity Rachel and Shannan; and his older brother, Eric and his sister-in-law, Barbie Cherrison. He is also survived by his grandmother, Joyce Danielson; three uncles: Jerry Womack, Randy Womack and Randy Cherrison; and 5 nephews, Jacob, Daniel, Tyler, Noah and JJ. Astonishingly, he is survived by his 15 year old beloved dog and sidekick, Creep.

A celebration of Cristian’s life will be held in Lake Shasta, California just north of Redding where he grew up. The celebration will be at the park at Shasta Dam on August 22, 2011 from 5:00 p.m. to 8:30 p.m. Friends and family are invited to bring stories to share. Please write your story on a piece of paper to be gathered into a memorial album that will be shared with future generations of the family.

In lieu of flowers, donations can be made to either of two organizations that were dear to Cristian’s heart. His most cherished days were where his basketball days started, where God touched his life and where friends from those days remained ever close; or the California Wilderness Coalition which preserves the wilderness areas of California where Cristian loved hiking, camping and fishing: