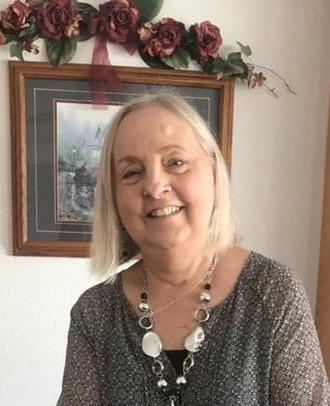 Connie Emma Benning was born on September 30, 1945 in Inglewood, CA to Wanza and Galen Benning.

As a young girl, her and her parents lived in Gardena, CA where she attended Loving Shepherd Lutheran Church. She graduated from Gardena High school and El Camino College. Connie went on to also graduate from California Lutheran Bible School in Los Angeles in 1965.

In November 1966, through friends, she met Alan. Six weeks later they were engaged and were married in on August 26, 1967. They lived in Torrance, CA for 5 years before purchasing a home in Gardena, CA. On October 7th, 1976 Connie and Alan were blessed with the arrival of their daughter Deanna. Connie was a stay-at-home mother for six years. She then went to work for the Lawndale school district as a part time Liberian and then a teacher’s aide. One of her many accomplishes while at Anderson Elementary School was volunteering to teach kids how to cook in an after-school program.

Connie moved to Mission Viejo in July 1996. Her love of children led her to becoming a preschool aide at Lutheran Church of the Cross Preschool in Laguna Woods, CA. She enjoyed all the people she worked with and especially all the children she met through the years. She retired in 2013 to enjoy being a full-time Grandma.

Connie developed lung problems in 2015 and was in and out of the hospital fighting Bronchiectasis, pneumonia, colds, flu and other lung infections. The last two years were the hardest for her as her lungs were struggling to function. However, she still enjoyed spending time baking, gardening, and doing crafts with her granddaughter as much as her health would allow. She especially looked forward to her weekly lunch dates with her grandson Ashton so they could enjoy their favorite TV shows together.