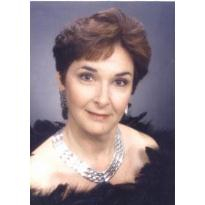 It is with great sadness that we announce the passing of Claudia Ann Byington, age 57, loving wife, mother, grandmother and valued friend.

She left us on 01-01-2006 after a lengthy battle with breast cancer and related bone and brain cancers. The cancer was first diagnosed in 1991. There was a period of remission but the cancer returned in 2001 as bone cancer and later spread to the brain.

Claudia was born in Torrance, California on October 5th, 1948 and raised on the Westside in Long Beach, California. She attended Poly High School graduating in 1966. She was an only child of Frank and Hazel Hocking. Her Mother, Hazel Opal Hocking, passed away in 1991 and her Father, Frank Edwin Hocking, followed six months later in 1992.

Claudia’s first job would end up being her last job. She took a claims job with the Auto Club right out of high school in 1966. The Auto Club of Southern California would be her only employer for almost 40 years. Claudia made many special friends during her Auto Club career. No one makes it 40 years in any career without many special friends and helpful co-workers. Claudia always acknowledged her friends and those who helped her along the way. She always put family and friends above everything and enjoyed many close personal relationships throughout her life.

She was a caring and loving person to her family and friends and will be missed by all. Her Oncologist often referred to her as his ?amazing miracle patient? to all of us who loved her, she was our ?amazing miracle person?