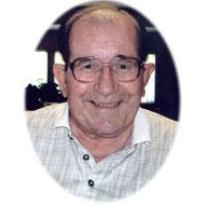 He is survived by his loving daughter, Janet A. Greer; loving sons, Kenneth M., Robert A. and James S. Keller; nine grandchildren, and ten great-grandchildren. He was dearly loved by many and will be deeply missed by all.

An Interment will be held on Thursday, February 15, 2007 ~ 10:15 A.M. at Riverside National Cemetery; Staging #2 with Military Deatial, in Riverside, California.